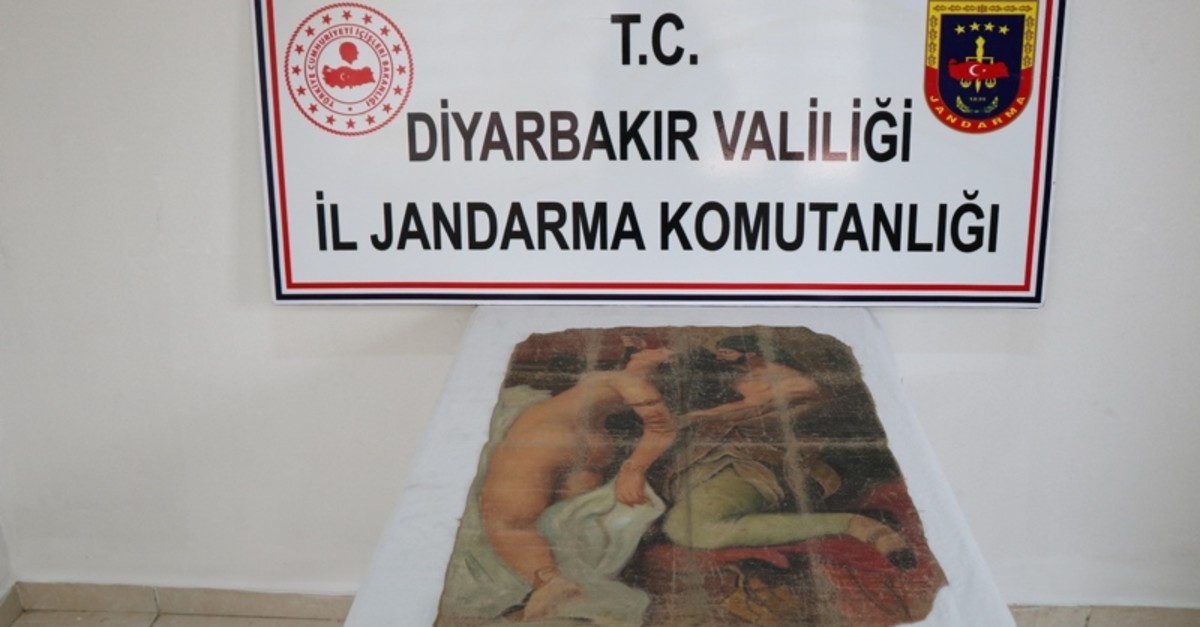 Turkish gendarmerie forces on Friday seized a painting attributed to Spanish artist Pablo Picasso in the southeastern Diyarbakır province, according to the provincial governor's office.

Acting on a tip-off that three suspects were searching for a buyer to sell a historic painting, Chief Public Prosecutor's Office in Diyarbakır launched an anti-smuggling operation in the central Yenişehir district, the office said in a statement.

The suspects were caught on the act by the gendarmerie forces, it added.

"During legal searches on people and their workplaces, a painting of naked man and woman depicted on a papyrus paper was seized," the office said.

Authorities said that the painting carried a seal of the National Museum of Iraq on its back and a signature believed to be Picasso on the front. A faded writing on the back of papyrus reads the painting is entitled "Naked and Killer" by Pablo Picasso. Indeed, a naked woman with her back arched and half wrapped to a sheet is seen in front of a man in the painting.

Three suspects, along with two others accused of helping them, were detained in the operation while the painting was taken "under protection" authorities said. An investigation is underway to determine the authenticity of the artwork.

Iraq's National Museum of Modern Art where paintings of Iraqi artists along with world renowned painters like Picasso, fell victim to looting after the collapse of Saddam Hussein's regime in 2003 and thousands of works went missing in the process. Iraqi authorities managed to recover hundreds of works but others are still missing including several paintings by Picasso.