Fight against FETÖ at home, abroad continues without compromise 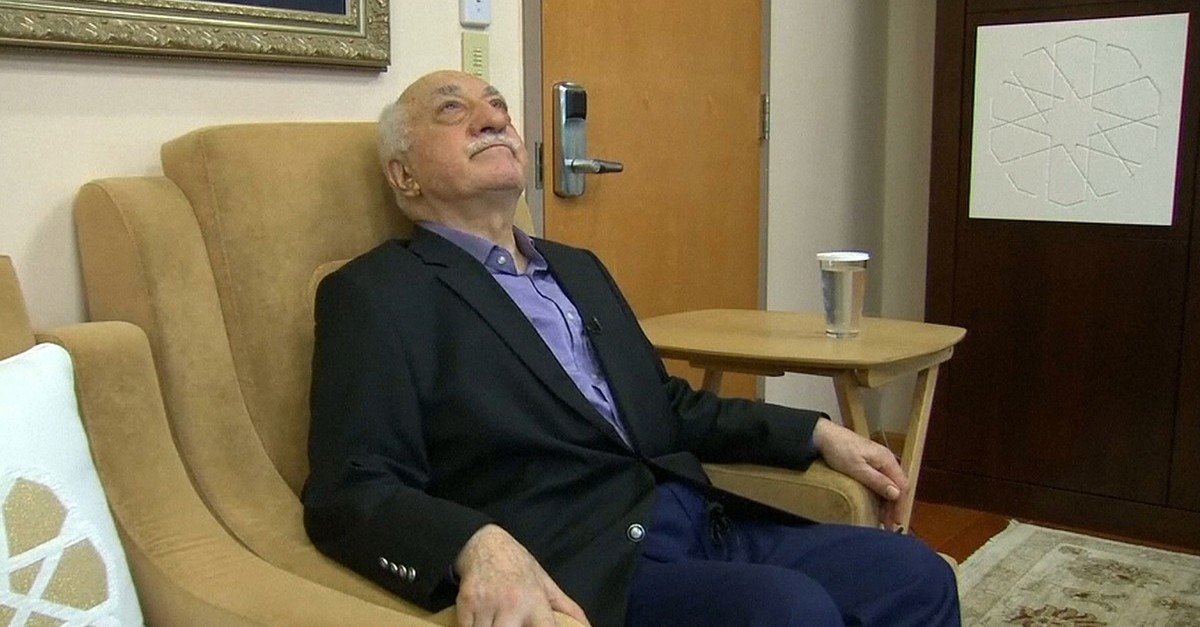 Turkey's fight against FETÖ suspects continues with success both domestically and internationally, with more than 500,000 suspects detained since the failed coup, the interior minister said

Ankara's fight against the members of the Gülenist Terror Group (FETÖ) continues without compromise both at home and abroad, Interior Minister Süleyman Soylu said Sunday.

"If we do not assess this group as a terrorist and an intelligence group, then the assessment would not be complete. We are carrying out the efforts within an established logic. We are trying to cut down [their activities] as much as we can. Just like we fight against the PKK, there are also stages in our fight against FETÖ," Soylu told Anadolu Agency (AA) and added that the steps are taken jointly with the Justice Ministry and the Foreign Ministry both at home and abroad.

As part of the efforts taken domestically to eliminate the infiltration of FETÖ members into the Interior Ministry, Soylu said so far 38,578 personnel have been suspended from duties, including some 31,000 from the police, 4,159 from the gendarmerie, 348 coast guard personnel, as well as other administrative staff.

FETÖ, led by the U.S.-based Fetullah Gülen, orchestrated the failed July 15 coup attempt in 2016, during which 251 civilians were killed, some 2,200 others were injured. Ankara also accuses FETÖ of being behind a long-running campaign to overthrow the state through the infiltration of the police, military and judiciary.

"Can we conclude that the group's secretive structure is completely eliminated? We cannot, we are working on it, we have files at hand," Soylu said, while highlighting the success of work carried out against the group.

Meanwhile late Friday, police arrested 16 suspects for alleged links to FETÖ and remanded 39 others in custody.

Police sources said they conducted simultaneous anti-terror operations across Turkey against members of FETÖ. The suspects had arrest warrants for being members of an armed terrorist organization.

Police also seized "digital materials" during the operations. In Ankara, 39 suspects were remanded in custody over an ongoing FETÖ probe. Meanwhile, 85 FETÖ suspects were brought to Ankara Courthouse by order of the Chief Public Prosecutor's Office.

On Feb. 25, the Chief Public Prosecutor's Office issued arrest warrants for 100 military personnel and a "covert imam," or senior figure in FETÖ, and 85 suspects were arrested.

The arrest warrants had been issued for the suspects for allegedly having contact with "covert imams" by payphone, judicial sources told AA. The court released 45 of the suspects under judicial control but sent 39 others to prison. Ankara prosecutors released one of the suspects. Police are still looking for the fugitive suspects.

An unknown number of Gülenists, mostly high-ranking figures, fled Turkey when the coup attempt was thwarted. A large number of Gülenists had already left the country prior to the coup attempt after Turkish prosecutors launched investigations into other crimes of the terrorist group. Turkey also expects international cooperation regarding the issue as FETÖ attempts to continue its activities abroad. A limited number of countries have so far cooperated with Turkey over extradition of FETÖ members.