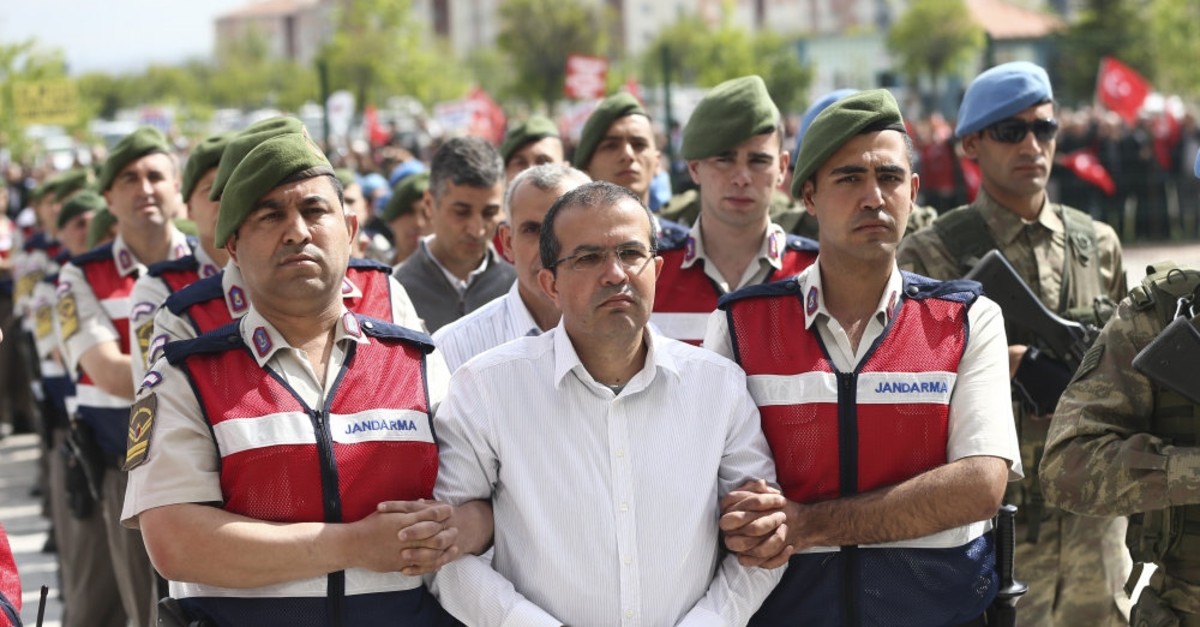 A new probe into FETÖ's infiltration of the military, confessions of a former member of the terrorist group about the 2016 coup attempt and denial by a top figure behind the bid, dominate the headlines as the group faces more scrutiny

The Gülenist Terror Group (FETÖ) is still high on the agenda of the authorities three years after its failed attempt to seize power through a military coup. The group's past actions are coming to light with new investigations and as former members come forward with confessions about FETÖ's crimes. Meanwhile, a senior figure involved in the July 15, 2016 coup attempt clung to denial of his links with the terrorist group.

PROBE INTO TAKEOVER OF MILITARY SCHOOLS

Years before the terrorist group openly declared war on Turkey with the 2016 coup attempt that killed 251 people, it was involved in a slow but steady takeover attempt. Former cadets at Kuleli, a prestigious military school in Istanbul that trains future army generals, had accused their superiors of bullying, mobbing and mistreating them with the ultimate goal of forcing them to quit so pro-FETÖ officers would replace them. The Anadolu Chief Public Prosecutor's Office on the city's Asian side, where the school is located, launched an investigation yesterday into the allegations. Prosecutors announced that a number of military staff, who were stationed at the school up until July 15, 2016, are being investigated for forcing cadets not affiliated with FETÖ to drop out of school through a series of tactics involving intimidation.

The school, where several cadets and commanders were accused of playing a role in the coup bid, has since been shut down. The prosecutor's office said in a statement that an investigation was launched upon new accounts by plaintiffs and eyewitnesses who accused FETÖ members at the school of intimidating them and handing down "unfair" disciplinary sentences, to lead non-FETÖ members to quit. The statement said FETÖ wanted to clear the school of anyone not linked to the group "so that they could continue their illegal structure at the school." Investigators are co-operating with the National Defense University, which runs military schools in the country.

The investigation involves an examination of cadets, who quit or were expelled from the school between 1990 and 2016. Prosecutors say the number of cadets who left the school was "very high; a phenomenon that cannot be explained with the high standards of discipline and accomplishment required by the military." They also point to the fact that a large number of military officers running Kuleli between 2008 and 2016 actively participated in the coup attempt and faced dismissal from their jobs and subsequent investigations into their links to the terrorist group. Former military officers at the school now stand accused of forging military documents, abuse of duty, unnecessarily forcing subordinates to do different tasks, ordering subordinates to commit crimes, handing out undeserved disciplinary action as well as torturing children below the age of 18. Separate probes were already launched into FETÖ's activities at military schools and administrators. Instructors at those schools were accused of hazing the military cadets to force them into submission or to eliminate those not pledging allegiance to the terrorist group.

FETÖ is known for its widespread infiltration into the Turkish Armed Forces (TSK), as well as law enforcement, judiciary and bureaucracy. It is accused of preventing others from rising up the ranks in those four institutions, either by sham trials attributed to FETÖ-linked judges, prosecutors and police chiefs or blackmail and threats.

Former cadets speaking to the media earlier had said that Gülenist officers, in charge at military schools, subjected those not obeying FETÖ or opposing the group to a string of "torture" practices, such as forcing young cadets to stare into the sun for long periods or keeping them on the ground on hot asphalt roads.

POINT MAN CONFESSES TO THE COUP

A defendant identified with his initials E.Y., who worked as a point man for FETÖ's military infiltrators, confessed that he was aware of a coup plot long before the July 15 incidents and was ordered by his superiors to "instruct" the group's infiltrators in the army "to follow the orders" for a coup. E.Y. was detained in an investigation by prosecutors in the western city of İzmir, where FETÖ leader Fetullah Gülen made a name for himself decades ago as an influential preacher. The suspect invoked the "remorse law" that allows suspects collaborating with investigators to have their sentences commuted.

E.Y., a teacher, was a "secret imam" for FETÖ who was responsible for handling military officers and cadets and recruiting people for the terrorist group. He said his communications with military officers turned into secret meetings after two coup attempts by FETÖ in 2013. E.Y. said "mahrem imams" were aware of an imminent coup and knew that pro-FETÖ figures would come to power after the government was overthrown.

"Necmettin, a higher member, told me about this but we weren't told the date of the coup. I called him on July 15, 2016, to ask what was happening and he told me not to panic and instruct soldiers to obey the orders of their commanders," he told the investigators.

Mehmet Partigöç, a former brigadier general at the army headquarters, who sent an order to military units across Turkey to join the coup attempt, denied his involvement in the attempt in a trial in the capital Ankara yesterday. Partigöç, who faces life imprisonment for his role in the so-called "Peace at Home Council" of the putschists, had sent a martial law order to the units. Some commanders obliged to the order while others did not.

Investigators had found multiple evidence from contacts with FETÖ-linked officers to documents regarding his links to the terrorist group in earlier investigations. A key eyewitness also testified against Partigöç and said he was among members of the council who met Adil Öksüz, fugitive FETÖ figure who was one of the masterminds of the coup attempt, in an Ankara villa before the putsch bid. Partigöç denied the allegations and said he saw FETÖ as a religious group. "I cannot even recite a verse from the Quran and you won't call me a FETÖ member," he told the court. Partigöç is among 224 defendants in a trial over the takeover of the Office of the Chief of General Staff, the army's headquarters in Ankara. He was among the many putschist officers at the headquarters at the time of the coup attempt.