Muhammet Emektar, the suspect arrested by a Polish court in the murder of a Turkish Erasmus student Furkan Kocaman, had been claimed to be "missing" since April 2018 by the Ankara-based Human Rights Association (IHD) — an NGO with known close links to the pro-PKK Peoples' Democratic Party (HDP).

The revelation comes amid unconfirmed reports that the 29-year-old suspect was a PKK terrorist group sympathizer. Media reports claimed that Kocaman had a verbal argument with Emektar before the murder.

The NGO had declared that Emektar had disappeared, claiming "the government killed him." It also shared a post on its Twitter account on June 19, 2018 asking Emektar's whereabouts.

NGO officials held a press conference with the suspect's family last year and claimed he "went missing" after he arrived at an airport in Istanbul to board a flight to Germany. They accused the police of a "forced disappearance" or kidnapping of Emektar.

The HDP-linked association, which claimed Emektar had been missing since April 30, 2018, also held several press conferences in which it continued to argue that the suspect was killed off by the Turkish government. No official statement has yet been made on the NGO's social media accounts regarding the murder of Kocaman.

Emektar was arrested by a Polish court Tuesday for killing 21-year-old Kocaman, according to the Turkish embassy in Warsaw. A student from the International Relations Department of Konya Selçuk University, Kocaman was killed on March 9 after his throat was slashed in a knife attack at a shopping mall in Wroclaw where he was studying as part of an Erasmus student exchange program. 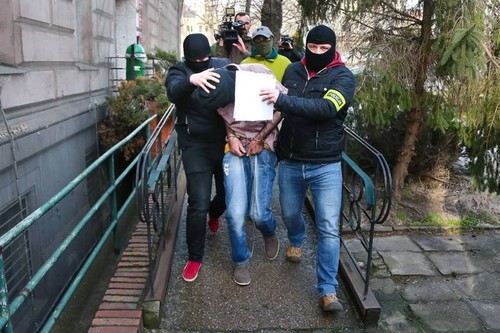 The Turkish government has long accused the HDP of having close ties to the PKK. The HDP is known for its support of autonomy in regions where large Kurdish populations live. Also, some of its members have been charged or accused of having links to the terrorist organization. Its former co-leader, Selahattin Demirtaş, was arrested in November 2016 over terrorist propaganda.

Formed in 1978, the PKK terror group has been fighting the Turkish government for an independent state. Its terror campaign has caused the deaths of more than 40,000 people including children, women and elderly people. The PKK is listed as a terrorist organization by Turkey, the U.S. and the European Union.