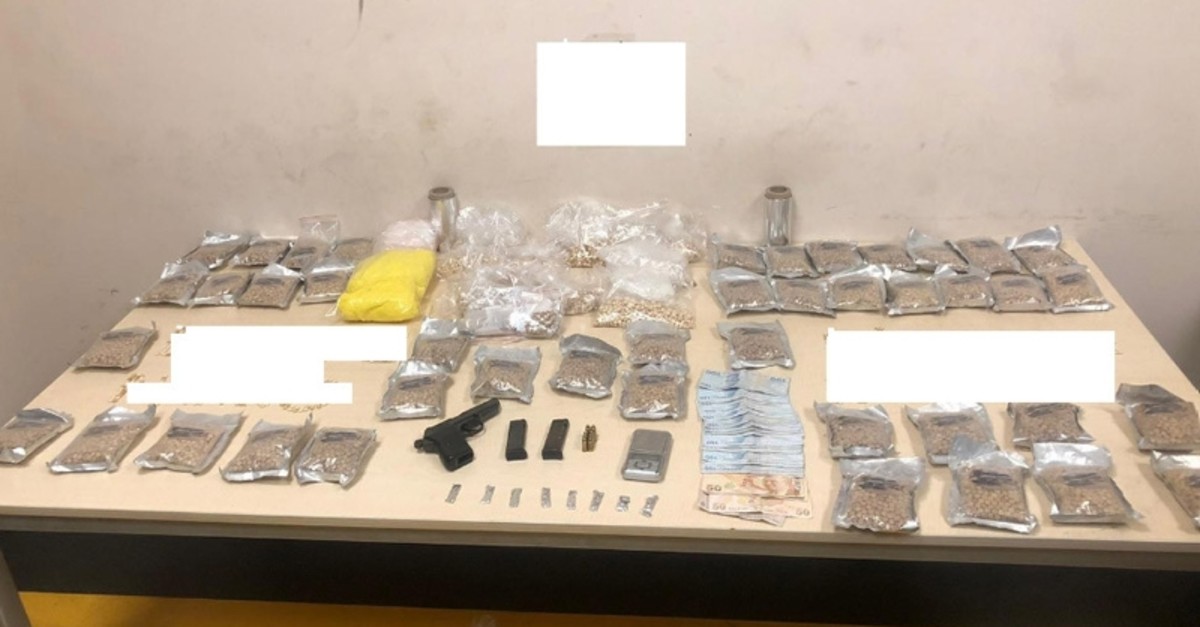 The Anti-Narcotics Branch of the Security Directorate raided a house belonging to a suspect identified as M.B. in the Dumlupınar neighborhood of Şahinbey district, where they seized thousands of pills along with 10 packets of methamphetamine (or meth for short), a gun, 10 cartridges and 2,000 Turkish liras ($368,04) worth of cash that was earned via drug trade.

The suspect was arrested by a court over drug and stimulant substance trafficking.

Meanwhile, in a separate operation in eastern Elazığ province, anti-narcotics teams seized 18 kilograms of hashish in two cars belonging to two suspects. The suspects were also arrested by the court.

In 2014, the Turkish government launched "The Rapid Action Plan Against Drugs" to counter drug abuse and smuggling. Since then Turkey has been fighting on multiple counter-narcotics fronts. It targets addicts through better rehabilitation and awareness campaigns. It also targets smugglers and small-time dealers with more operations carried out by newly-formed "narco teams" that especially focus on operations around schools and other places where the youth, the most vulnerable targets for drug peddlers, go.