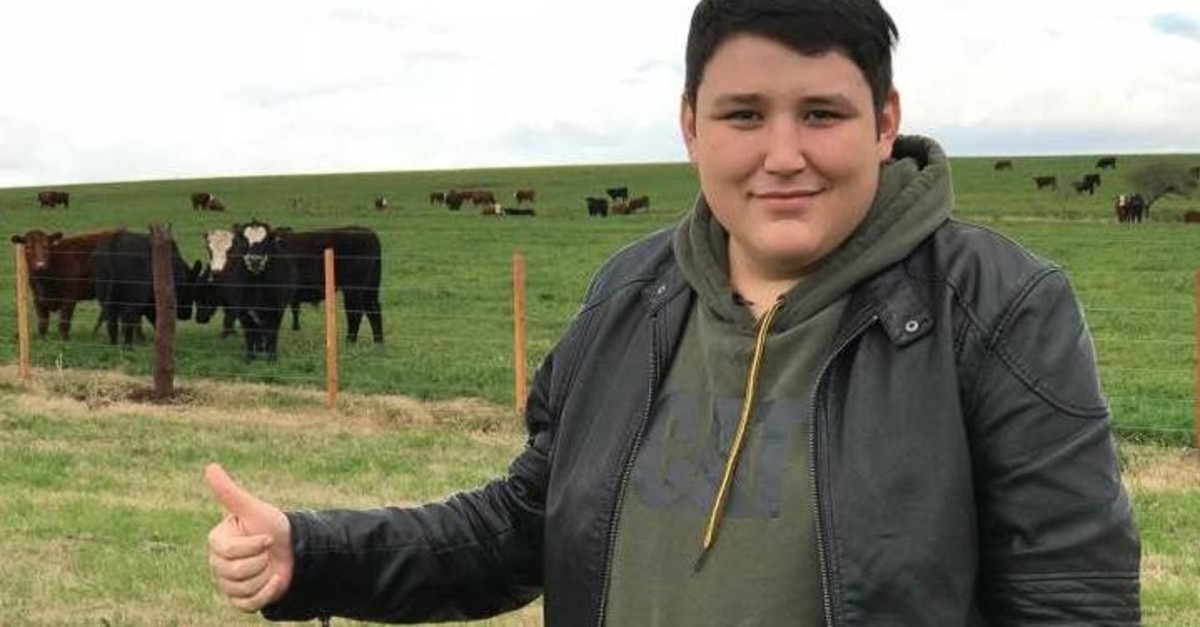 Mehmet Aydu0131n poses at a farm his company owned in this undated photo. He faces multiple prison terms for fraud.
by Daily Sabah Mar 27, 2019 12:06 am

Some 48 suspects have been indicted in the infamous Çiftlik Bank case, a Ponzi scheme that reportedly netted the life savings of thousands of people. Mehmet Aydın, the boyish-looking founder of the scheme who also served as its spokesman while the scheme was acting under the guise of a legitimate company, is among the suspects who face prison terms adding up to 75,000 years on four counts of crimes for swindling thousands of people.

Çiftlik (Farm) Bank was an online virtual farming simulator, developed by 26-year-old Aydın, whose past jobs included washing dishes and an amateur musician. It offered users investing real cash a generous return for their money. The company's advertisement were ubiquitous online, in newspapers and Aydın, accompanied by a famous actor and some local officials went on to star a TV advertisement showing what he did with real money people invested: Sprawling farms in two cities.

However, when authorities became suspicious, Çiftlik Bank stopped payments and Aydın disappeared. Some of the executives of his companies and his wife were detained, while Aydın was spotted in Uruguay driving a Ferrari, in a display of his rags-to-riches image. He and his brother Fatih Aydın, along with two other suspects, remain at large.

The indictment sent to court yesterday charges suspects with multiple counts of fraud while 3,762 people are named as plaintiffs. Eleven suspects remain in custody while others, apart from the fugitives, were released pending trial earlier. Suspects are also charged with running a criminal organization and money laundering. Prosecutors also say in the indictment that they sent extradition requests to Brazil, Uruguay, the Turkish Republic of Northern Cyprus and the U.S. for fugitive suspects, who are believed to be hiding in those countries.

Despite past cases showing such pyramid schemes to be unrealistic generators of revenue amount to fraud, many people were tricked. However, Çiftlik Bank attracted many people fascinated by the get-rich-quick scheme. Initial investors were paid back while the rest flocked to the company's facilities to impound the "real" animals they had invested their money in.

Assets of the three companies linked to Çiftlik Bank were seized and authorities confiscated some TL 3.9 million "obtained through criminal means" according to prosecutors.

Media reports say Çiftlik Bank had more than 388,099 players but they abstained from investing real money since the game was launched in the summer of 2016. The prosecutors acknowledged that the company had paid a total sum of TL 687.8 million in returns to players but it was supposed to pay more than TL 2.9 billion, if "the system worked properly."