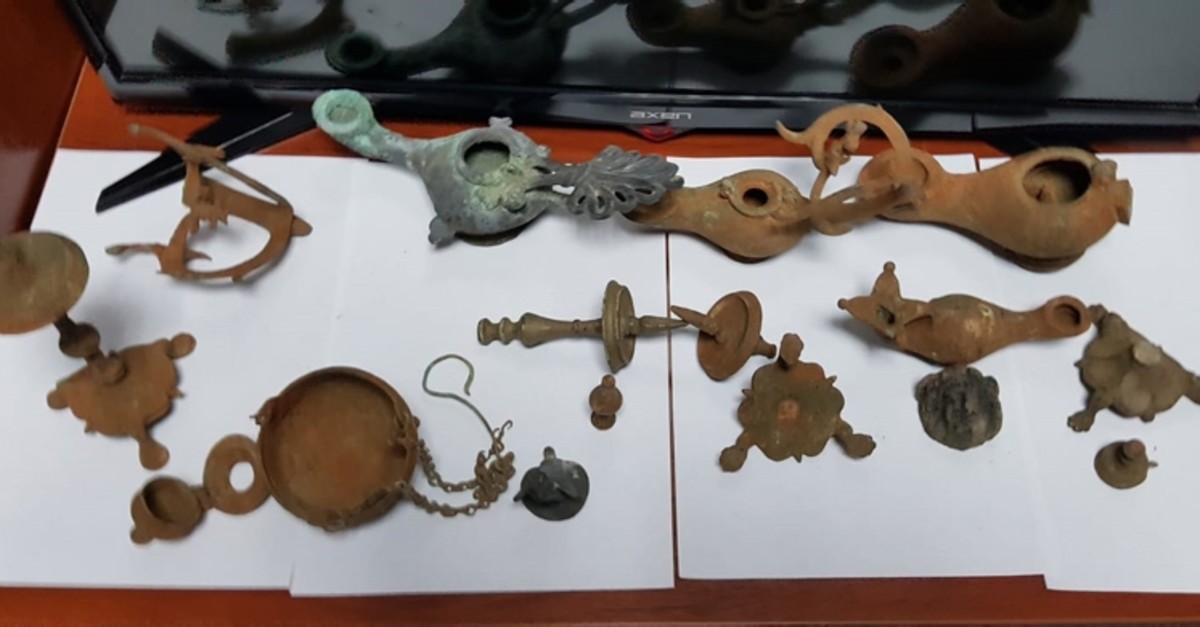 Police from the Anti-Smuggling Branch of the Adana Security Directorate searched a car belonging to two suspects in the Fevzipaşa neighborhood of the Seyhan district.

Police confiscated a number of historical artifacts found in the car, including four oil-lamps which were cut into pieces, a lubricate and a figurine.

Two suspects were detained in connection with the smuggling incident.