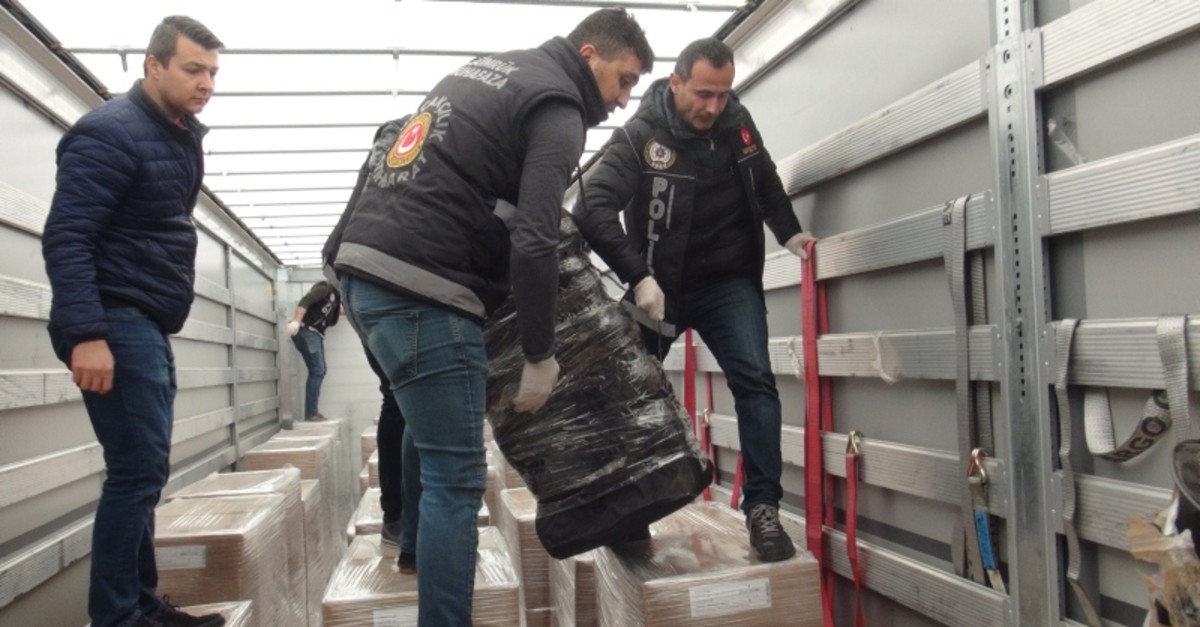 Acting upon intelligence, the counter-narcotic branch of the Tekirdağ Security Directorate followed a rig that crossed the Turkish border from Greece and stopped the vehicle before it entered the city.

Police seized 131 kilograms of skunk – a potent, crossbred strain of cannabis – in four bags found in the vehicle.

Suspects identified as M.Ç., H.Y. and M.Ö were detained in relation to the drug smuggling incident.

Chairman of the Security Directorate Mustafa Aydın told reporters that the haul seized from the rig was the largest amount of the drug confiscated in Tekirdağ this year.

The operation was jointly conducted by the Anti-Smuggling Branch of the Provincial Security Directorate and Gendarmerie Units after police received intelligence about the smugglers who were trying to transport drugs into Niğde from southern Adana province.

Two of the suspects detained related to the smuggling incident were identified as Afghan nationals.