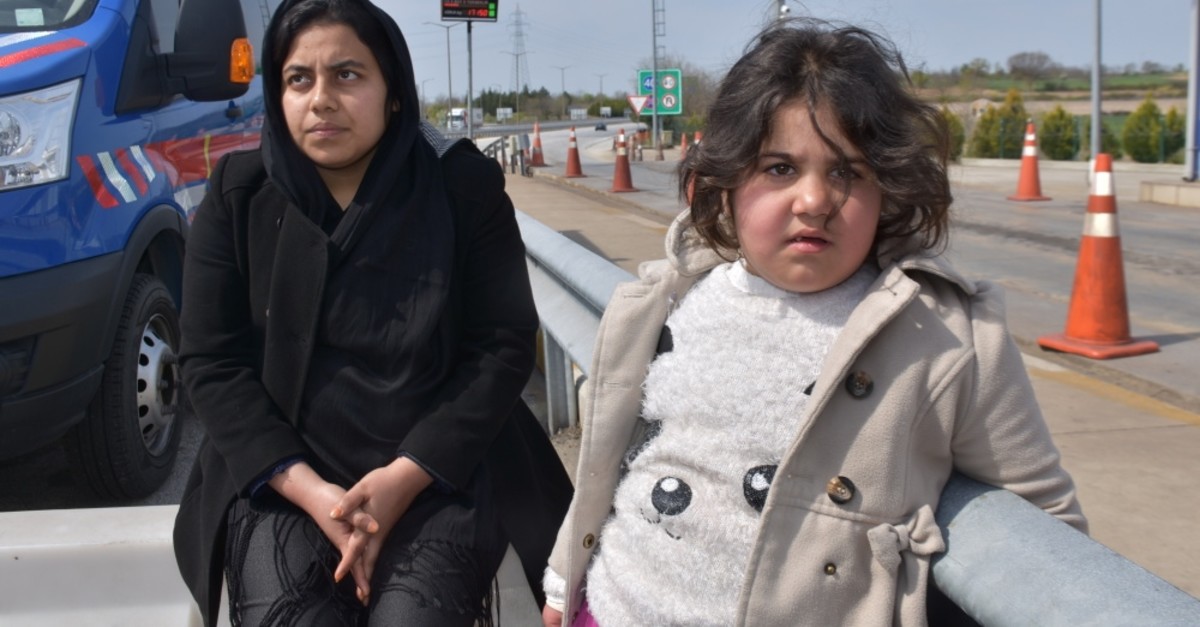 Turkey's border with Greece saw a new wave of illegal migrants trying to reach Europe. Seemingly organized, hundreds of migrants, mainly from Afghanistan, Iran and other countries, headed to Edirne province situated on the border on Thursday and Friday only to be stopped by police and gendarmerie troops who stepped up measures in Edirne and nearby cities to stop the influx. Nearly 1,000 migrants were intercepted in Edirne and neighboring Tekirdağ in operations in two days. Security forces already stopped 16,318 illegal migrants in the region bordering Greece in the first three months of 2019. Edirne, in particular, saw a massive crackdown on illegal migrants who were rounded up in downtown districts, at checkpoints set up on roads leading to the city and at the province's main bus station.

Illegal migrants are being accommodated at local migration centers in the province. On Thursday and Friday, at least 496 migrants, all Iranian nationals, were stopped in the province. Local media outlets say migrants are largely those traveling in groups and believed to be members of online groups entitled "Journey to Hope" and "Hope Convoy." These groups on social media websites give a platform to migrants to exchange information on ways to migrate and often encourage them to travel en masse so that they can force their way into other countries from Turkey.

Some arrive in buses and others travel in taxis, mainly from Istanbul, the country's most populated city, east of Edirne. Crowds of migrants gathered in Edirne are reminiscent of another mass illegal migrant attempt four years ago. In 2015, Syrian migrants heard rumors that European countries would admit more refugees and frustrated with the lack of support by the European Union to their plight had started a mass walk from Istanbul to Edirne before being stopped by police on the highway. Those migrants were later relocated to other Turkish cities after police convinced them to stop their attempt.

Upon finding out about the new mass attempt, the migration authority cooperated with police and gendarme to launch inspections across the city to detect migrants. Some were found in hotels and others in abandoned buildings, resting before an attempt to cross the border on foot. The Demirören News Agency reported 700 migrants, mostly Afghan and Iranian nationals traveling in cars and buses, were stopped on the Trans-European Motorway in the Ergene district of Tekirdağ that neighbors Edirne and other areas of the province on Thursday and Friday. The agency reported that migrants were traveling to Edirne, where they'd agreed to meet on social media websites.

The border in Edirne is better policed compared to the Aegean coast of Turkey where the Turkish Coast Guard struggles to stop dinghies departing from the long coastline to the nearby Greek islands. Still, desperate migrants prefer the land border, especially in the winter months when a safe journey through the Aegean is nearly impossible.The situation was more or less the same in Greece where hundreds of migrants and refugees gathered near the country's northern border with North Macedonia on Thursday and Friday. Small groups arrived at a field next to the Diavata migrant camp near the border on Thursday, and by Friday morning, a large number of tents were pitched in a field. Most were motivated by social media calls for an organized movement to cross Greece's border. Greek Migration Minister Dimitris Vitsas had called on migrants to return to accommodation centers, claiming that the rumor that the border would be opened, which spread online, was "a lie."

Police was dispatched to the field to convince the migrants. Greece is home to tens of thousands of refugees and migrants from Syria, Iraq and Afghanistan that sought to cross into other European Union countries before Balkan countries neighboring Greece shut their borders three years ago, effectively closing the only viable route to northern Europe. In Athens, asylum seekers gathered in the main railway station to demand access to the border and passage to other countries. This protest was sparked by calls on social media to cross into North Macedonia, pledging support by human rights groups to assist them in their journey. A report by Agence France-Presse (AFP) says migrants shouted "Germany" at the protest, referring to the European Union country with the highest reception rate for migrants. AFP also reported that skirmishes broke out between migrants and riot police at the Diavata camp on Thursday and Friday.

"It is a message that Europe must understand that this is a problem demanding a European solution," Miltiadis Klapas, secretary-general of the migration ministry of Greece, told reporters at the station.