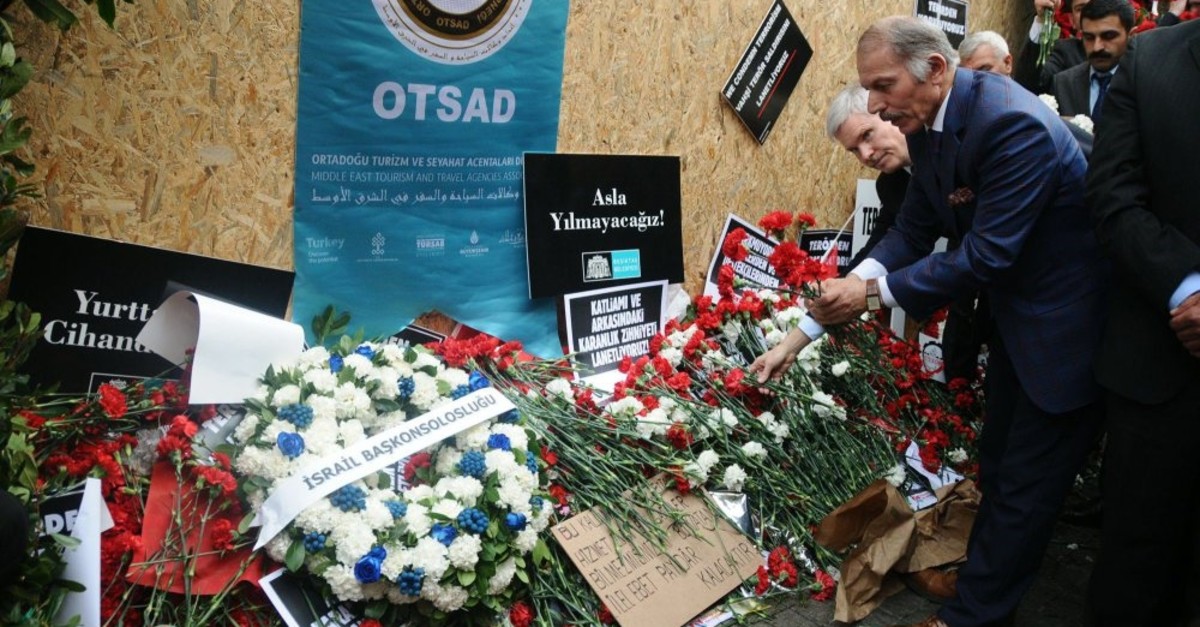 Two men were sentenced to five instances of aggravated life imprisonment for a 2016 suicide bombing in Istanbul's İstiklal Avenue by the terrorist group Daesh.

A court in the city handed down life sentences to Ercan Çapkın and Hüseyin Kaya on terror and murder charges, while two others were sentenced to 15 years in prison for membership of a terrorist group. Another defendant was acquitted.

Three Israeli and one Iranian tourist were killed when suicide bomber Mehmet Öztürk blew himself up in front of the Greek Consulate on March 19, 2016. Some 44 others were injured.

The Daesh terrorist group has targeted Turkey in a string of attacks in the past few years. The last large-scale Daesh attack was in Istanbul on Jan. 1, 2017, when a lone gunman killed 39 people in a nightclub during the New Year's Eve celebrations. In 2015, Daesh suicide bombers killed 109 people attending a peace rally near Ankara's central train station. In total, more than 300 people were killed in attacks since 2014. Most were suicide attacks targeting civilians.

The terrorist group launched its first attack on Turkish soil by killing police and military officers at a security checkpoint in central Turkey in 2014. Since then, Turkish security forces have been involved in a long-running campaign to rid Turkey of Daesh terrorists that also took them to Syria. The Turkish army had assisted the Free Syria Army (FSA) in eliminating the Daesh presence in Syrian towns near the border in 2016. The country has also been the destination of choice for foreigners looking to join Daesh due to its lengthy border with Syria.