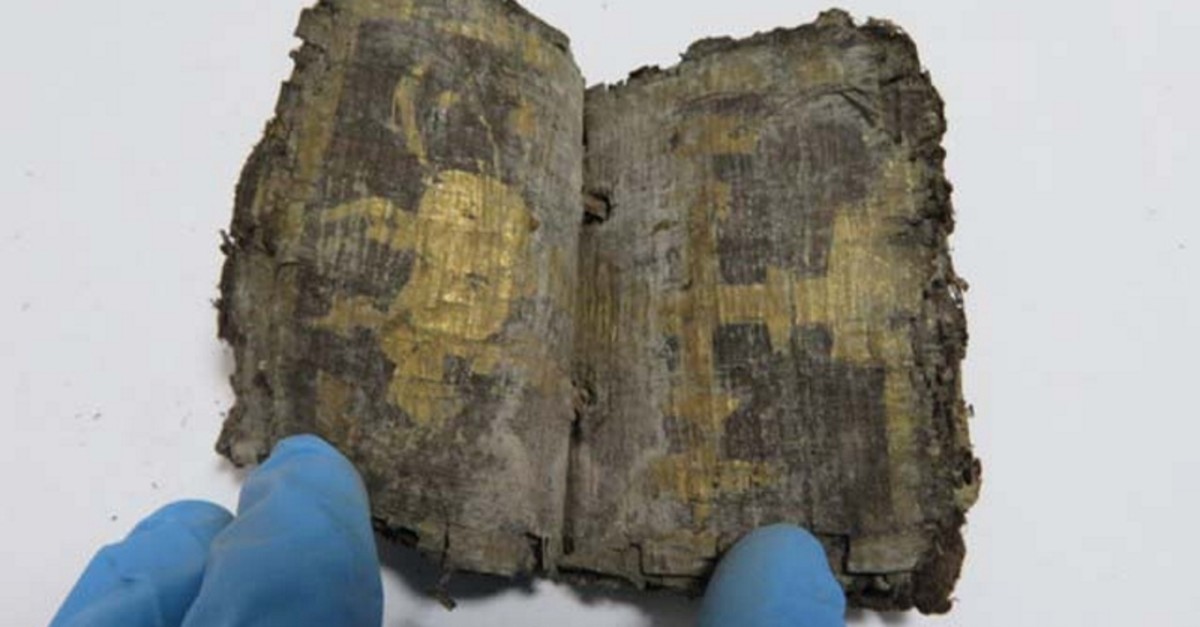 Denizli Police Department's Anti-Smuggling and Organized Crime Branch teams found the tiny gold-gilded books wrapped in a nylon bag and napkins during a search of a car in downtown Denizli.

Police detained two suspects, who were attempting to sell the books, and they were later released pending trial.

The books, which contain colorful papyrus leaves and gold gilding, were found to be 1,500 years old after examination by faculty at Pamukkale University's Department of Archaeology.

The Egyptian-origin books contain prayers to Jesus for protection and were believed to protect against various diseases as an amulet, or good luck charm.