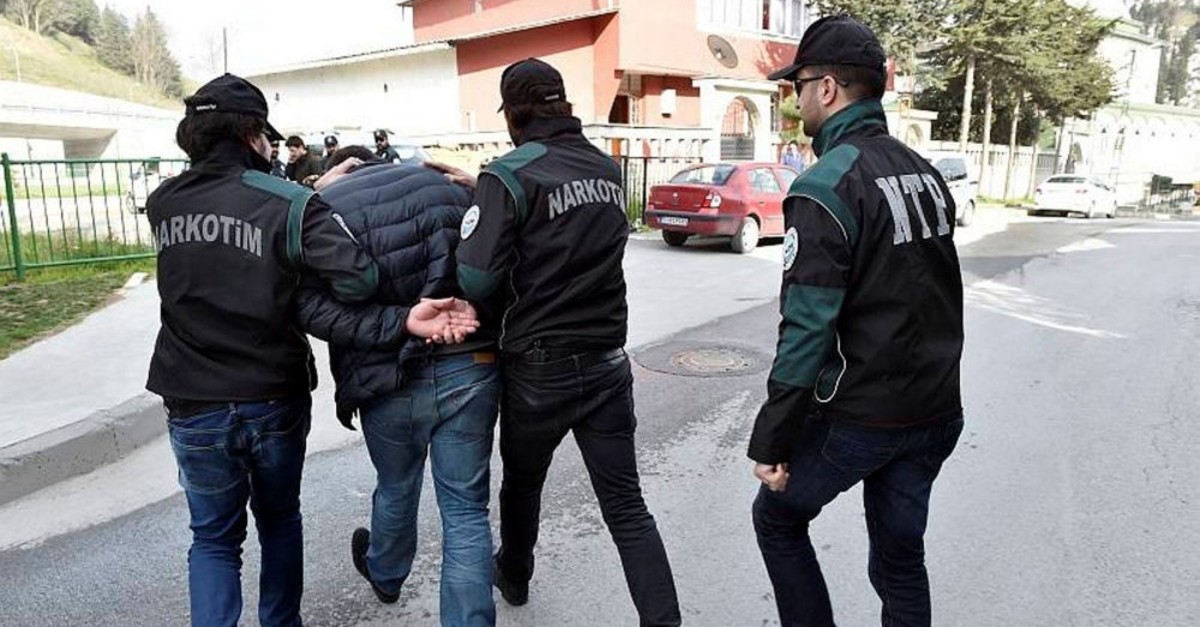 A report by the Turkish National Police on law enforcement's fight against drugs says 215,426 suspects were apprehended in counter-narcotics operations last year.

The report, quoted by Anadolu Agency (AA), also sheds light on drugs seized in 2018. Some 30.2 tons of cannabis, 15.7 tons of heroin, 334 kilograms of cocaine and more than 21 million Captagon and 7.5 million ecstasy pills were seized throughout the year.

The prevalence of a wide variety of drugs in recent years and increased revenues of terrorist groups from the drug trade forced Turkey to escalate the crackdown on drug smuggling and use. A transit country for drug smugglers working between Asia and Europe, Turkey is looking to curb domestic drug use. The government launched "The Rapid Action Plan against Drugs" in 2014 to counter drug abuse and smuggling. The action plan covers all aspects of the struggle against narcotics, from raising awareness of their dangers and curbing demand to rehabilitation and treatment of addicts and facilitating social inclusion.

It also paved the way for the establishment of "narco teams," specialized police units active in neighborhoods where drug sales are concentrated. Narco teams helped capture 27,461 drug suspects last year. The report points to a 22 percent rise in the number of operations compared to 2017 and a 20 percent rise in the number of arrests. Police also counts UYUMA, a new app, as a major contribution in counter-narcotics efforts. UYUMA, which means "do not sleep" is the abbreviation of the Counter-Narcotics Tip-Off Application that allows users to anonymously report suspected drug dealers. Figures show 2,572 tip-offs were made using the app launched last year.

The report also delves into the fight against other crimes. Last year, 20,187 suspects were captured in anti-smuggling operations while another 3,835 suspects were apprehended in operations against organized crime and arms smuggling. Police also nabbed 3,474 suspects involved in migrant smuggling, sex trafficking and organ trafficking and provided protection for 43,540 victims. While last year's police operations against cybercrimes and fraud as well as online illegal betting led to the capture of 2,614 suspects.