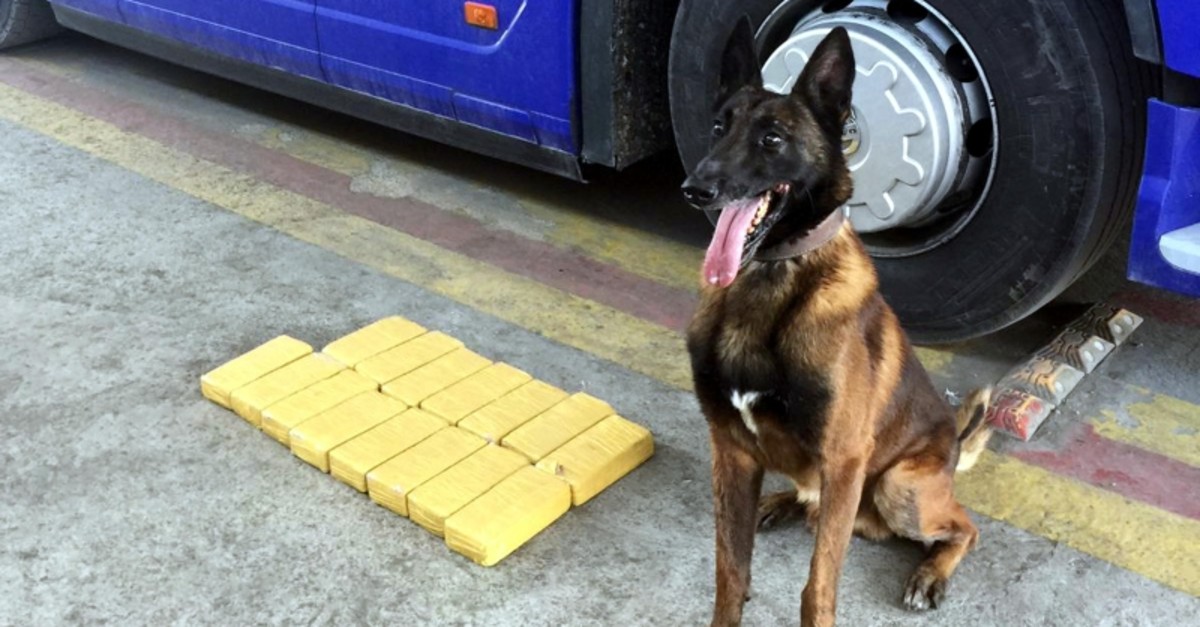 Acting on a tip-off, the anti-narcotics branch of the provincial security directorate stopped a rig on a highway before the vehicle passed through payoff offices.

Police sniffer dog "Tina" found 15 packets of the drug hidden in the rig.

The driver of the vehicle and another suspect were detained in the raid.

The suspects were later arrested by a court.