More than 3,100 sentenced in trials over FETÖ's coup attempt 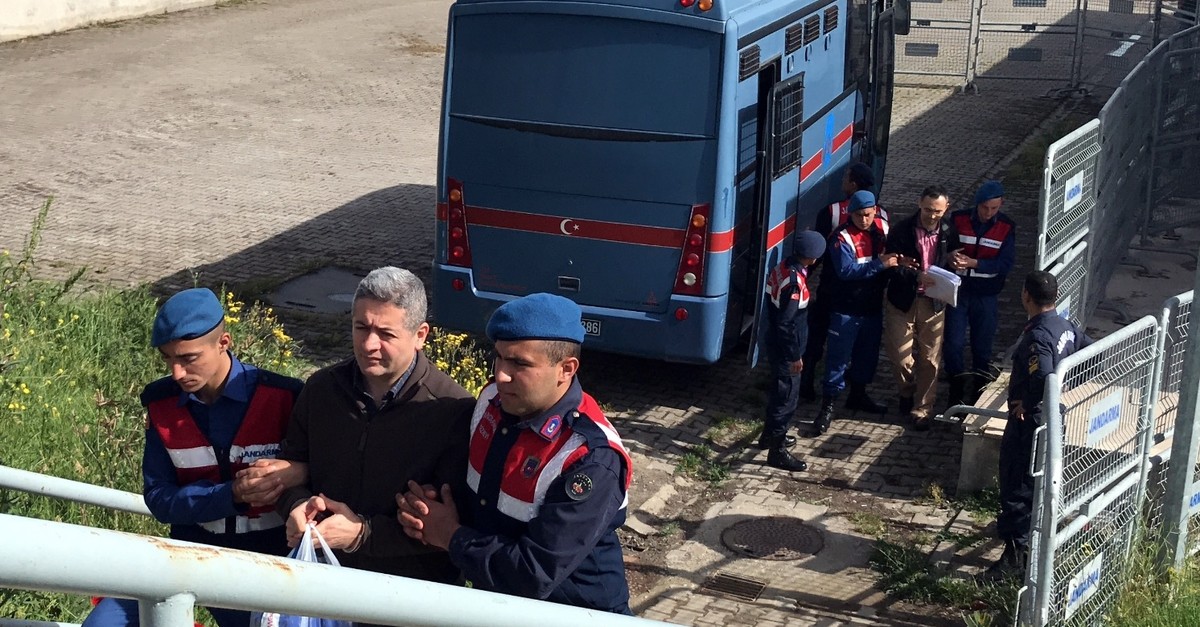 Gendarme troops escort defendants to the courthouse in the northwestern city of Kocaeli for a trial on the takeover of the General Command of the navy during the July 15 coup attempt, May 6, 2019.
by Daily Sabah with AA May 09, 2019 12:08 am

More than 3,100 people were handed down prison sentences so far in the 254 of 289 trials over the FETÖ terrorist group's 2016 coup attempt, which are expected to be concluded by the end of this year

The end is near in trials on the July 15, 2016 coup attempt that was carried out by the Gülenist Terror Group's (FETÖ) infiltrators in the Turkish Armed Forces (TSK). In its attempt to seize power, the terrorist group killed 251 people and injured hundreds of others. Since then, hundreds of military officers and civilians who took part in the coup attempt have been brought to justice.

Some 254 out of the 289 trials on the putsch bid ended with heavy sentences for those involved and 35 trials, mostly those with a high number of defendants continue. In the concluded trials, 1,952 defendants, ranging from generals to low-ranking officers were sentenced to life and a total of 3,101 defendants received varying prison terms for their role in the coup attempt.

The attempt in 2016 came one month before a planned purge of suspected FETÖ infiltrators in the military and was the bloodiest attempt to overthrow the government by the terrorist group, which used its infiltrators in police and judiciary in 2013 in an attempt to seize power in two coup bids.

Coup trials that started in late 2016 are still underway with verdicts expected in main trial on takeover of army's headquarters in Ankara and a trial on takeover of Akıncı, an air base that served as command center of putschists on July 15, 2016. Both trials have hundreds of defendants and currently, hearings are being held in both where defendants present their final defense after the prosecutors announced their ultimate request for sentencing of defendants. Under Turkish laws, verdicts will be announced after final defense though it may take months as even week-long hearings usually end with only a few defendants making final and lengthy pleas. More often than not, defendants cling to outright denial despite prosecutors supplying the courts with multiple evidences such as security camera footage of putschists firing on anti-coup civilians and accounts of eyewitnesses. Legal experts say that defendants simply seek to prolong trials and take their cases to international courts where they believe they'd have a chance of acquittal.

After the coup attempt was quelled thanks to assistance of a strong public resistance, more than 100,000 new investigations were opened into the attempt and FETÖ's role in the putsch. In trials wrapped up so far, 995 defendants were handed down aggravated life imprisonment sentence. This is the heaviest sentence in Turkey which abolished death penalty years ago. Those sentenced to aggravated life sentence has little chance for eligibility for an early release from prison. Among those sentenced to aggravated life imprisonment are 58 generals, 651 officers, 137 noncommissioned officers and four police officers. Fifteen generals, mostly those who were stationed in smaller cities where the coup had less impact, was sentenced to life imprisonment, along with 325 officers and 99 noncommissioned officers. Some 1,149 people were handed down prison terms ranging between a year and two months to 20 years for their roles in the putsch bid. A smaller group of defendants, including some military school cadets who were unknowingly pushed into the coup by their superiors, were acquitted in the trials.