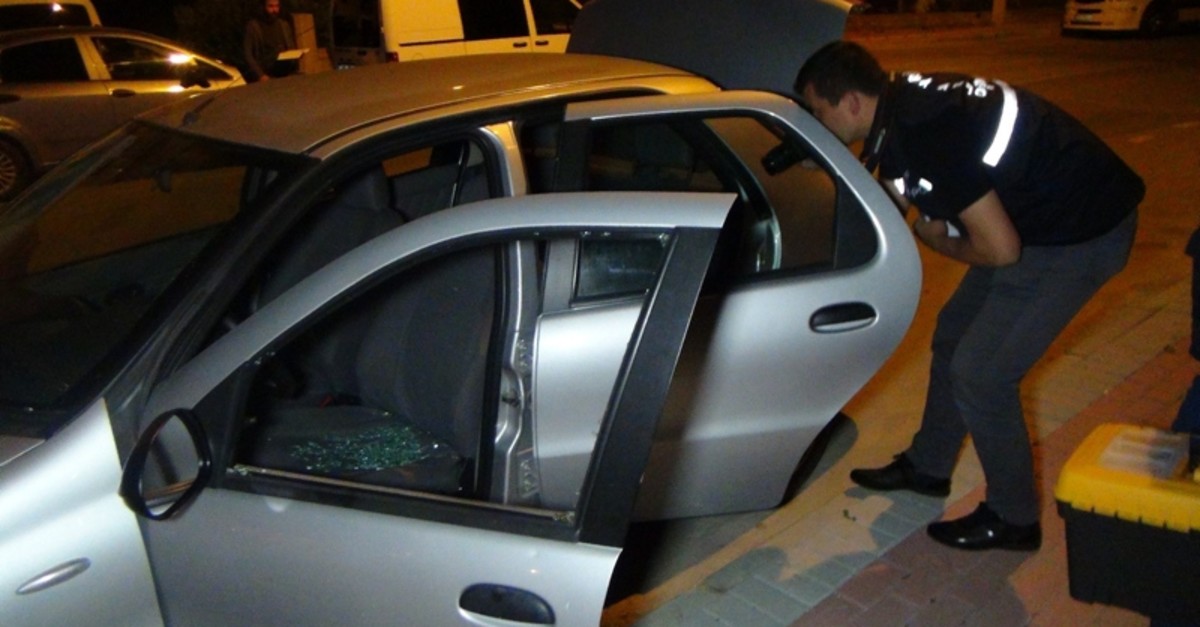 A group of tourists who tried to take insurance money by claiming their belongings were stolen from their rental car in Antalya, southern Turkey have been apprehended after their scam was revealed by police.

The tourists came crying wolf to the police that their belongings had been stolen from their car's broken window when they were out shopping and eating in the Eski Hisar neighborhood of Manavgat district.

While crime scene investigation units from the Manavgat Police Department worked on the car to collect fingerprints, the tourists were taken to the police station to testify.

After contradictory and suspicious statements from the group, the police decided to expand the investigation.

One of the tourists within the group, an Armenian national named Martin Simonian, later caved into the pressure and confessed that he himself had broken the car's window to claim the insurance money and there were actually no belongings in the car.

A separate probe was launched against Simonian and the others, Anastasia Papiksyano, Veronika Sersneva, and Arsaks Papiksyans from Lithuania, over "fabricating a crime and damaging property."