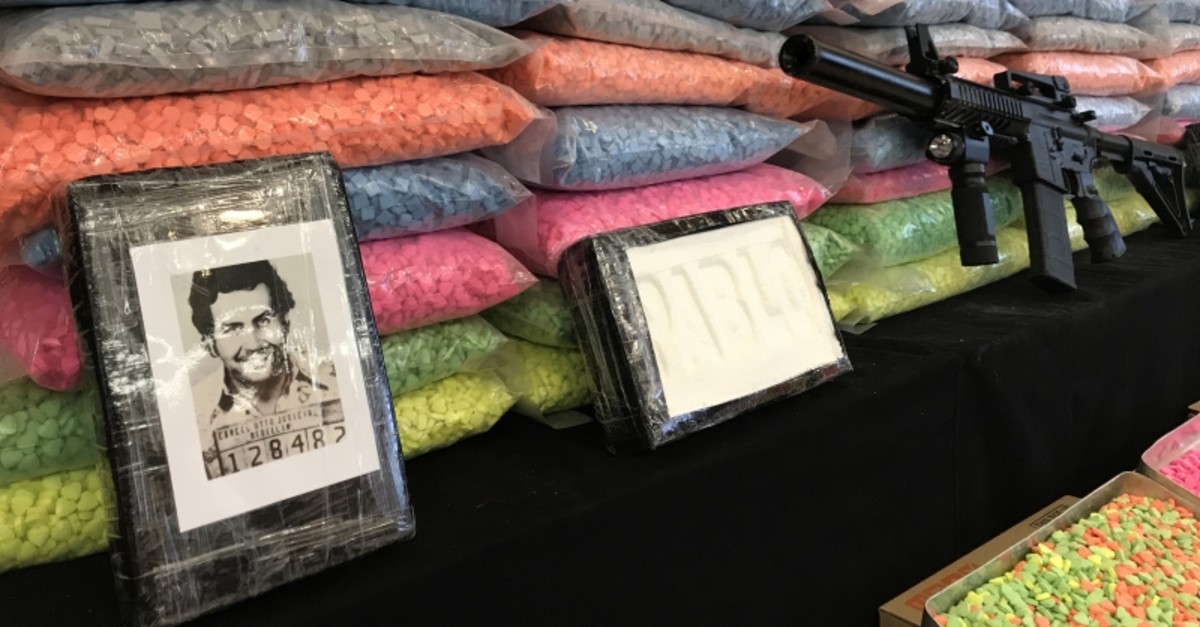 Police units searched a car on Sunday in Küçükçekmece district as a result of an ongoing investigation, discovering the Ecstasy pills, cocaine and an assault rifle in the car's trunk. A secret compartment for dealers was also found hidden inside the airbags, concealed there through a mechanism activated by pressing the rear window defogger button then child safety latch.

An interesting detail of the raid was that the 30 kilograms of cocaine were wrapped in packages bearing the photo of Escobar, who controlled some 80% of the world's cocaine trade before being killed in a shootout with police 26 years ago.

In a separate operation on Friday, a cargo company branch in Bakırköy district was searched with a detector dog and 12 kilograms of opium gum absorbed into traditional clothes from Iran was seized. Three suspects, identified as Iranian nationals R.H. (21), S.B. (33) and B.T. (36) were detained.

The seized drugs are believed to worth some 45 million Turkish liras ($7.43 million).

In 2014, the Turkish government launched "The Rapid Action Plan against Drugs" to counter drug use and smuggling on multiple fronts. Efforts include outreach to addicts with rehabilitation, awareness campaigns, and operations targeting smugglers and small-time dealers carried out by newly formed narcotics teams. These operations especially focus on areas near schools and other places frequented by young people, the most vulnerable targets for drug peddlers.

As part of the fight against drug use, counter-narcotics units also launched operations Monday in 29 cities. Their target was those promoting drug use on social media networks. Some 56 suspects were detained in the operation "Narkonet-4." The operation was the latest in a series of crackdowns against famous online figures, from YouTubers to Twitter personalities, known for sharing pro-drugs posts as well as images and videos of themselves using drugs.