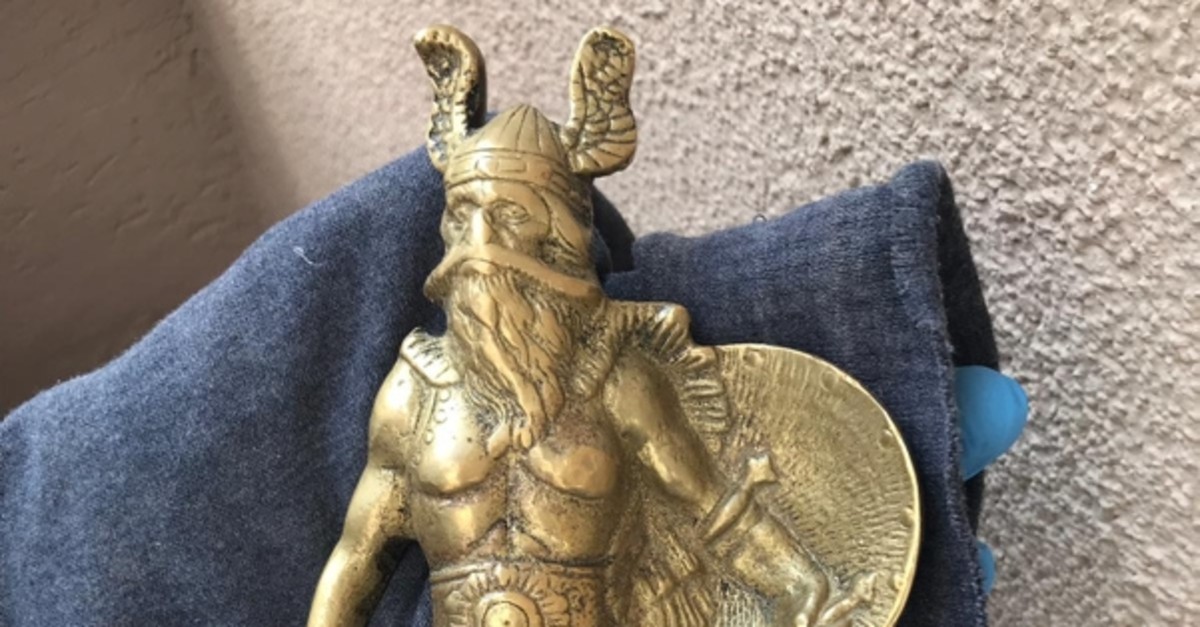 Turkish security forces seized a statuette of the Viking god Odin in an anti-smuggling operation in central Turkey's Kırşehir province on Thursday.

Acting upon an investigation, the anti-smuggling branch of the provincial security directorate raided a property belonging to a suspect in the Kervansaray neighborhood.

The statuette, estimated to be 1,200 years old, was found hidden in the backyard of the suspect's house.

Investigations revealed that the suspect was in touch with smugglers in Istanbul and western Izmir province and was about to sell the historic artifact. 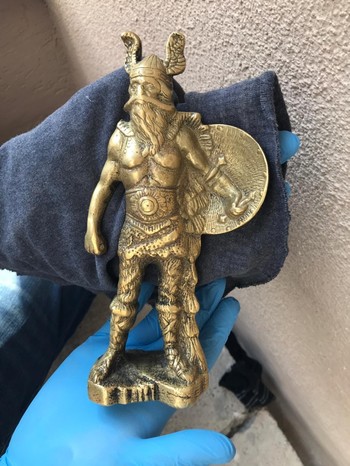 The suspect identified as S.Ü. was detained and the statuette was delivered to museum officials for examination.

The statuette of the Viking god Odin – the god of wisdom, healing, death and war, among other things, in Norse mythology – is 30 centimeters (12 inches) long and has engravings on both sides. The statuette was made with a mixture of the most precious metals of the period, a preliminary examination has revealed.

Viking artifacts have been found across Turkey, left behind from Vikings who participated in the Crusades or served in the Byzantine Empire as mercenaries. 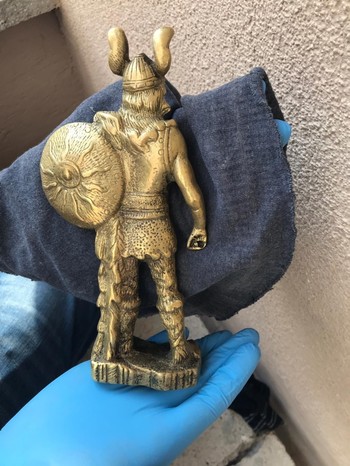 Many Vikings in Scandinavia who had converted to Christianity responded to Pope Urban II's call in 1095 to aid Byzantine Emperor Alexius I in fighting against Seljuk Turks and recapturing Jerusalem from Muslims.

Beginning in 1096, several waves of European crusaders, including the Vikings, gathered in Constantinople and crossed through Anatolia to reach the holy lands of Jerusalem. The crusaders' military activity in Anatolia continued intermittently for the next century, with armies frequently clashing with and sometimes being defeated by the Seljuk Turks.