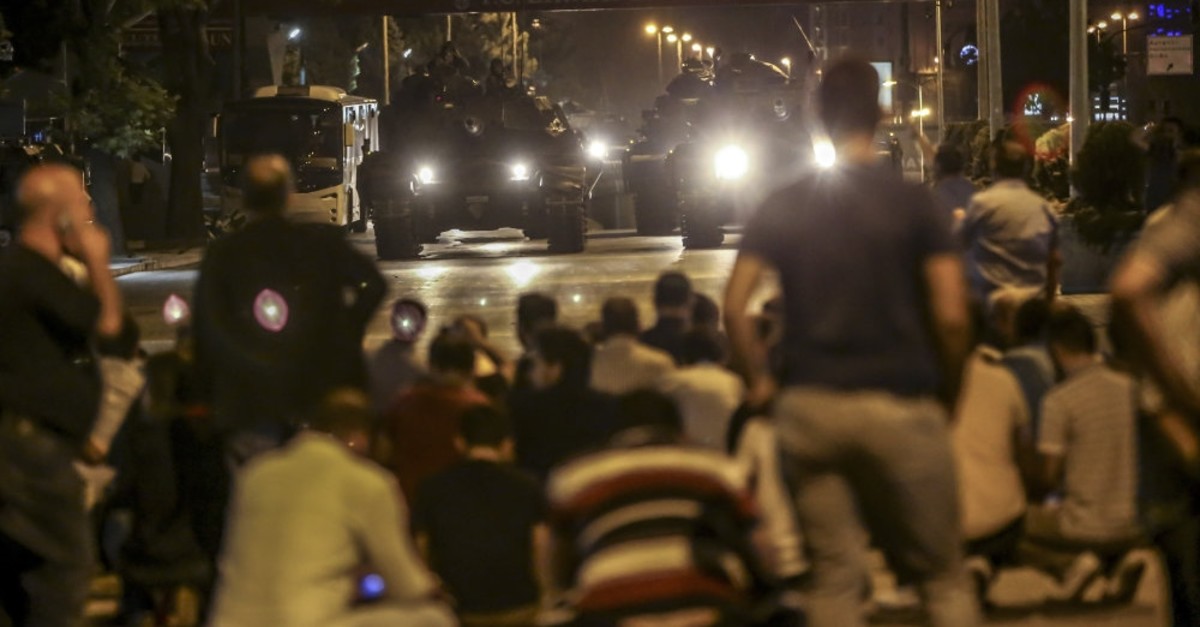 A trial of helicopter pilots and their commanders who were involved in brutal attacks during the 2016 coup attempt, ended yesterday in the capital Ankara. A total 56 defendants were sentenced to aggravated life imprisonment, while another 18 defendants were handed down life sentences for their involvement in the coup attempt perpetrated by military infiltrators of the Gülenist Terror Group (FETÖ). Some 152 suspects have been on trial since the coup attempt on July 15, 2016 was quelled. They were personnel of the Land Aviation Command of the Turkish Army, the main department of the Turkish Armed Forces (TSK), which serves as the helicopter command. A total of 251 people were killed, and thousands of others were injured when officers aligned with FETÖ tried to seize power at the cost of the lives of civilians who took to the streets to confront them.

Those tried in yesterday's trial were accused of killing 28 civilians and inflicting injuries on 276 others due to shots fired from military helicopters.

Defendants had either personally commanded the helicopters or ordered them to attack places that putschists viewed critical to seizing power. Helicopters fired at the headquarters of the National Intelligence Directorate as well as the Office of Chief of General Staff, the army's main headquarters during the 2016 coup attempt. They dropped bombs and fired assault rifles on civilians who filled the streets around those buildings in a peaceful bid to stop the coup attempt. Defendants also transported other putschist troops around the capital and took the top military brass, including then Chief of General Staff Hulusi Akar, to Akıncı Air Base after they were taken hostage by putschists. Akar and others were held for hours at the military base, which was the command center of putschists before they were released in the early hours of July 15, 2016.

Uğur Kapan, a colonel and pilot of the helicopter that brought Hulusi Akar to Çankaya Manor after his abductors released him from Akıncı, was among the defendants sentenced in yesterday's hearing. The 17th High Criminal Court handed down 29 instances of aggravated life imprisonment for Kapan, along with a total of 3,932 years in prison for Kapan. Forty-five defendants in the case were handed down prison terms ranging between six years and three months to 18 years. Most among those who received lesser prison terms were military cadets who were training to be officers when they joined the coup attempt. They denied that they willingly joined the coup attempt and claimed they were just following orders. The court charged them with aiding the violation of the Constitution, the legal term for a military coup. 31 other defendants were acquitted. A separate trial will be held for two fugitive defendants.

Sadullah Abra, a major and helicopter pilot, was among those with the heaviest sentences. He was handed down 25 instances of aggravated life imprisonment, apart from 3,536 years. He piloted a Cobra helicopter on the night of July 15, 2016, and was the pilot who asked the fellow members of his unit to shoot at police trying to stop the putschists. "Fire at anything with a blue lamp on it, shoot the police!" Abra could be heard saying over the radio to fellow helicopter pilots. Abra's wife was also convicted in a separate trial regarding FETÖ.

Col. Oğuz Yalçın and noncommissioned officer İlhan Ocakçıoğlu were sentenced to multiple instances of aggravated life imprisonment for coordinating between superior putschist officers and helicopter pilots as personnel stationed at a air traffic control tower. The indictment against both men quote their radio talk where they can be heard giving coordinates to pilots on targets, from the presidential complex to crowds gathered on streets against putschists.

The trial was among 289 opened following the 2016 coup attempt and was one of about three dozens not concluded until yesterday.

Since the foiled coup attempt, hundreds of military officers and civilians who took part in the bid have been brought to justice. Tens of thousands of people linked to FETÖ were also detained or arrested in the aftermath of the attempt. In the concluded trials, more than 1,950 defendants, ranging from generals to low-ranking officers were sentenced to life and more than 3,100 defendants received varying prison terms for their role in the coup attempt.

After the coup attempt was quelled thanks to strong public resistance, more than 100,000 new investigations were opened into the attempt and FETÖ's role in the putsch. Those handed down aggravated life sentences, the heaviest sentence in Turkey after the abolition of the death penalty years ago, have little chance of eligibility for an early release from prison. Among those sentenced to aggravated life imprisonment are 58 generals, 651 officers, 137 noncommissioned officers and four police officers. Fifteen generals, mostly those who were stationed in smaller cities where the coup had less impact, were sentenced to life imprisonment, along with 325 officers and 99 noncommissioned officers.