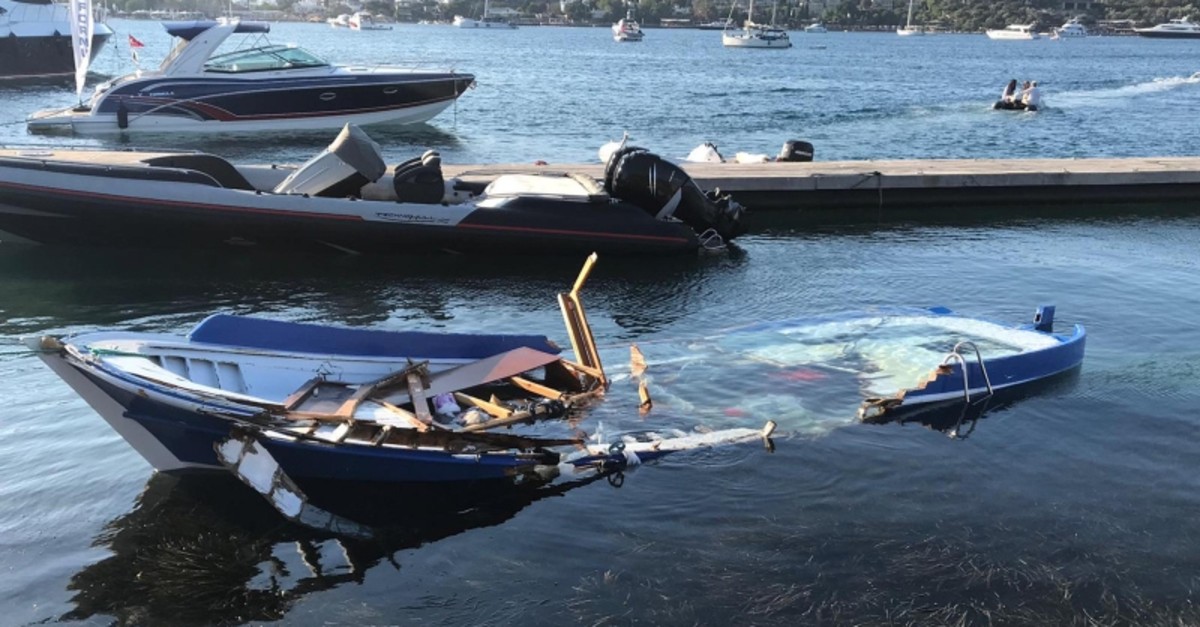 A luxury hotel in Turkey's famous Aegean resort town Bodrum is under fire from the Turkish press for allegedly ramming a vessel carrying tabloid reporters with a speedboat and nearly killing them.

The incident took place Tuesday, the first day of the Ramadan Bayram, also known as the Eid al-Fitr, a period when millions of Turks head to Mediterranean resorts or their hometowns.

Three tabloid reporters who were in Bodrum to report holidaymakers including celebrities, Cenker Tezel from Hürriyet newspaper, Metehan Ekşi from broadcaster Tv100 and Onur Aydın from Habertürk-Bloomberg, decided to rent a small fishing boat to capture footage from different bays and beaches of Bodrum.

As reporters were filming in Cennet (Paradise) Cove, a speedboat of the nearby luxury Maçakızı Hotel rammed their boat, almost tearing the vessel in half.

Three reporters jumped off the boat just before the crash and survived the incident with small injuries; however, captain Osman Demirkoz could not leave the vessel and was seriously injured, almost losing his right leg.

While the speedboat left the area, a tour vessel pulled the captain and reporters from the sea. Demirkoz was rushed to a nearby private hospital and remains in serious condition due to hemorrhage. 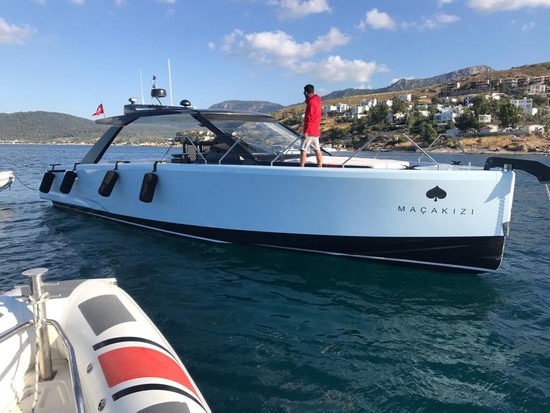 Reporters then contacted the local coast guard command and pressed charges. An investigation was launched into the incident and the speedboat's captain A.S. was detained.

A.S., who will be referred to the court on Wednesday afternoon, said in his statement at the coast guard command that he did not notice the boat carrying the reporters and no one would willingly cause such an accident. Reports said that several guests of the hotel were also on board when the incident happened.

Footage captured by security cameras of a nearby hotel shows that the speedboat rams into the vessel carrying reporters without reducing speed or changing its course despite clear sight.

The Journalists Union of Turkey (TGS) described the incident as a "murder attempt" and vowed to follow up the investigation.