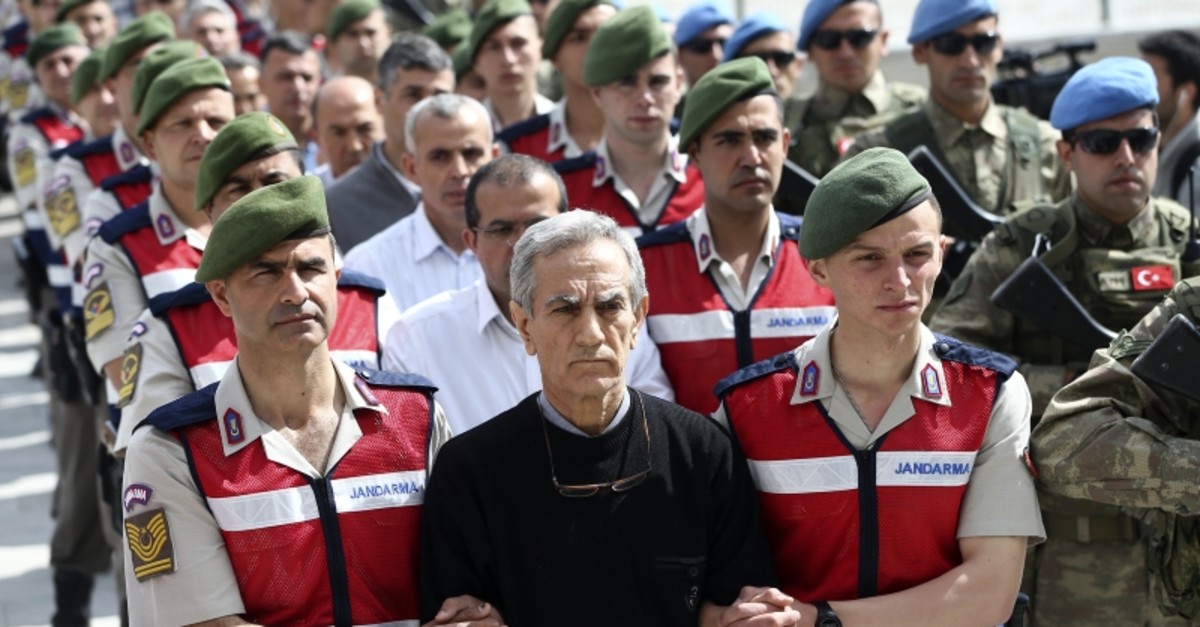 This file photo shows the defendants of the main coup attempt trial, with former Air Force Commander Gen. Aku0131n u00d6ztu00fcrk in the forefront, being brought to the courthouse in Sincan Prison Complex.
by Daily Sabah Jun 20, 2019 10:22 am

A key trial where 224 defendants were tried for the July 15, 2016 coup attempt concluded Thursday when a court in the capital Ankara announced its final verdict.

The defendants were accused of taking over the military's headquarters, the Office of the Chief of General Staff, violating the constitution, attempting to overthrow the government and parliament, attempting to assassinate the president and killing 251 people during the coup attempt by military infiltrators of the Gülenist Terror Group (FETÖ).

Out of 224 defendants, 176 were arrested pending trial, 35 were released pending trial while 13 including FETÖ leader Fetullah Gülen, who resides in U.S. state of Pennsylvania, were on the run.

The trial started on May 22, 2017, in a high-security prison complex in Ankara's Sincan district which includes a courtroom specifically set up for coup attempt suspects.

The FETÖ used its military infiltrators to overthrow the government in the summer of 2016. The coup attempt preceded a planned move to weed out FETÖ members in the military.

Suspects in Akıncı Air Base west of Ankara, which served as the main headquarters of putchists, and other military bases were captured when the coup bid was foiled thanks to a strong and unprecedented public resistance.​

Nearly 290 coup-linked court cases have been launched, 261 of which ended with 3,239 defendants convicted, according to Justice Ministry figures.