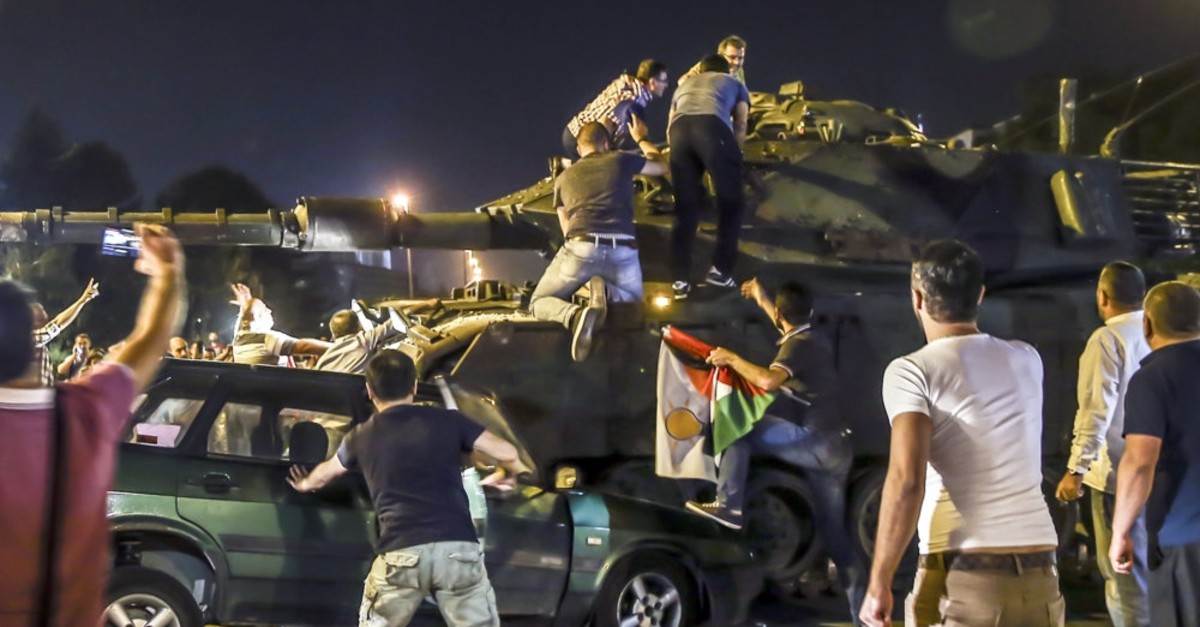 The trial of 307 defendants accused of participating in the July 15, 2016 coup attempt concluded Wednesday in the capital Ankara. Nineteen defendants were handed down aggravated life sentences while 28 others were sentenced to life. All were on trial for incidents at the Land Forces School, a prestigious military academy training the army's future officers. Ninety-four defendants were acquitted while 19 defendants who remain at large will be tried in a separate trial. The court also handed down prison terms for other defendants on charges of aiding the coup attempt and membership of a terrorist group, in reference to the Gülenist Terror Group (FETÖ).

FETÖ is accused of orchestrating the coup attempt through its military infiltrators. A total of 251 people were killed and 2,200 others injured when putschists tried to seize power three years ago. Strong public resistance foiled the attempt.

The trial started in 2017 in a courtroom built inside a high-security prison complex housing coup suspects in Ankara's Sincan district. After hearing final pleas by defendants, the court ruled for aggravated life sentences for 19 defendants including Kerim Acar, the brigadier general who was serving as president of the school at the time of the coup attempt.

Sixty-seven defendants received prison terms between seven years and 15 years on charges of helping the putschists and membership of FETÖ. Most of the acquitted defendants were cadets of the school who "lapsed into an irreversible error" as the court said in its ruling, by following the orders of their putschist superiors and had no experience in understanding the consequences of their actions.

An indictment against the defendants says the putschists plotted to take control of the school and abducted Gen. İzzet Çetingöz, commander of units at the school on the coup night. Acar, aided by fugitive defendant İlhami Polat, is accused of taking over the command at the school.

FETÖ is known for its widespread infiltration of the army, law enforcement, judiciary and bureaucracy. It first attempted to overthrow the government in 2013 with its infiltrators in the judiciary and the Turkish National Police. It failed, and the group faced increased scrutiny. When news broke that the military was preparing to launch a mass purge of FETÖ-linked officers in August 2016, the group moved to prevent it with the coup attempt. Strong public resistance ultimately stopped the coup, and most of those involved in the coup attempt were arrested.

The latest figures show that since Turkey lifted a state of emergency imposed after the coup attempt last year, some 2,049 military personnel were dismissed from the army for their links to the coup attempt and FETÖ while 176 retired soldiers were stripped of their ranks.

A total of 263 trials out of 289 over the 2016 coup attempt have concluded since the first coup trials started in late 2016. The remaining trials are expected to wrap up by the end of this year.