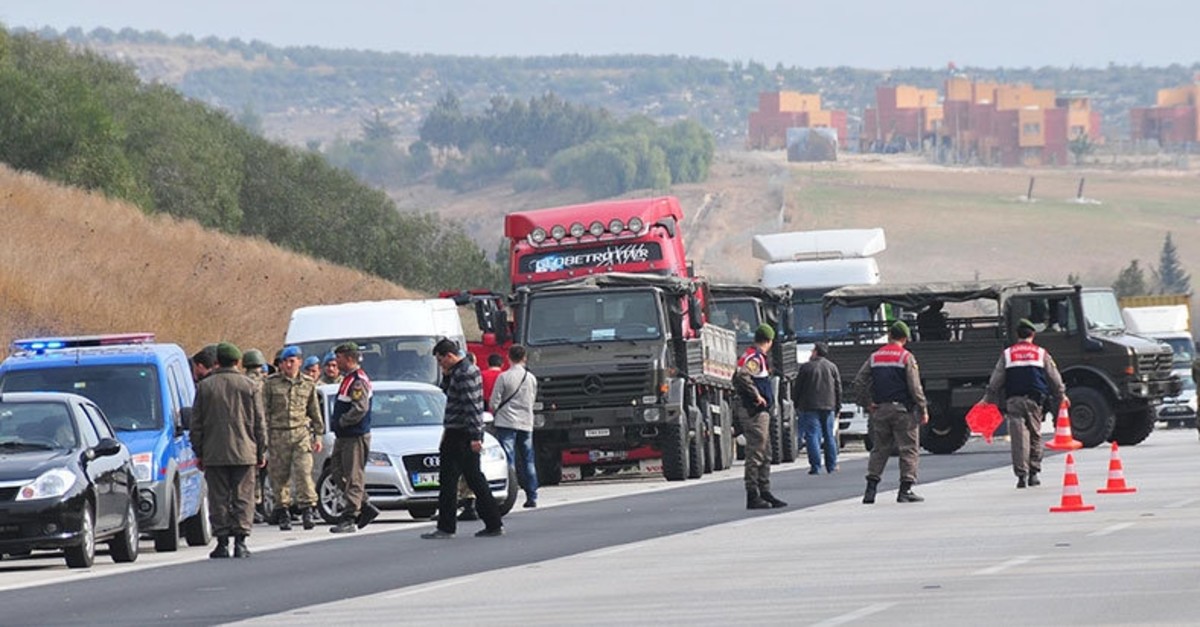 Former prosecutors and military officers involved in a plot by the terrorist group FETÖ to disgrace the country's intelligence agency and access confidential data, received prison terms of up to 22 year in a trial that concluded Friday

A chamber of the Court of Cassation in the capital Ankara announced its final verdict on Friday in the notorious "MİT trucks" case that shed light on a plot by the Gülenist Terror Group (FETÖ).

A former chief prosecutor who ordered a raid on trucks belonging to the National Intelligence Directorate (MİT) was sentenced to 22 years and six months in prison, while a general who coordinated the raid was sentenced to 20 years. They were among 54 defendants in the case. The trial, which started in 2015, was closed to the press until the verdict hearing due to the sensitivity of the case.

Judges ruled that the defendants carried out the plot upon orders of "the organization," referring to FETÖ, and the raid constituted a crime of exposing confidential intelligence documents/work. Defendants were also sentenced for membership in FETÖ.

In January 2014, trucks belonging to MİT carrying aid to northern Syria, where local Turkmens had been exposed to heavy airstrikes and attacks by the Assad regime, were stopped and intercepted by security forces in southern Turkey upon the order of former Adana Public Prosecutor Özcan Şişman and Brigadier General Hamza Celepoğlu, a gendarmerie commander.

The supplies in the trucks were seized, and MİT staffers were handcuffed before they were detained. The case stunned the nation, as it was the first time that the army explicitly intervened with Turkey's intelligence agency. The operation was conducted hurriedly, and the governor of the province was informed about the incident in its latest phase. It was later revealed that the raid was actually a plot by FETÖ to embarrass and discredit the government via its followers who had infiltrated the army and judiciary and portray Turkey as a supplier of arms to terrorist groups in Syria. In a separate but linked case, an Istanbul court in 2016 convicted the staff of a newspaper who ran a report claiming Turkey was supplying guns to terrorists through MİT. The two were charged with espionage and aiding a terrorist group and were arrested in late November 2015. They were held in prison until Feb. 26, 2016, when the Constitutional Court ruled that their rights had been violated and ordered their release. One of them was later acquitted, while the other, Can Dündar, was convicted and remains a fugitive.

FETÖ, whose members infiltrated every different type of institution from law enforcement and the judiciary to the military and the bureaucracy over the past few decades, openly declared war against the government via a coup attempt in 2013. Prior to that, FETÖ is accused of conducting a carefully planned plot to shake up the upper echelons of the intelligence agency. Two prosecutors whose links to the terrorist group were revealed years later, sought to prosecute MİT head Hakan Fidan in 2012 as part of an investigation. Fidan, who was to be arrested for collaborating with another terrorist group on trumped-up charges by two prosecutors, stopped short of going to the prosecutor's office at the last minute upon orders from then-Prime Minister Recep Tayyip Erdoğan.