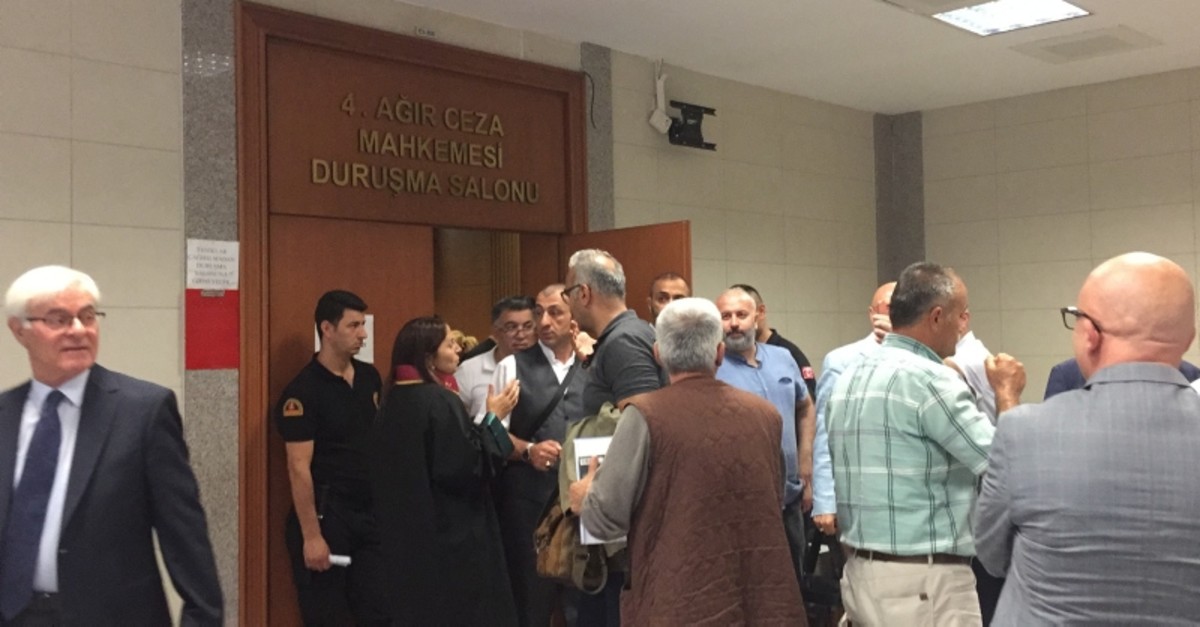 A Turkish court on Monday acquitted 235 suspects of charges of establishing the so-called Ergenekon terror group, while it handed life sentences to four suspects for violating the constitutional order.

Once again examining the yearslong case, Istanbul's 4th High Criminal Court acquitted 235 suspects of management, membership, aiding and abetting a terrorist organization on the basis that the Ergenekon organization was not a real group.

Four detainees — Alparslan Arslan, Erhan Timuroğlu, Ismail Sağır and Osman Yıldırım — were sentenced to life terms in prison upon evaluation of their conviction of violating the constitutional order, which carries the heaviest sentence in Turkish law and refers to acts of terrorism or coup.

The convicts were all implicated in the at the Council of State on May 17, 2006, when Arslan shot dead Judge Mustafa Yücel Özbilgin and wounded four others - Mustafa Birden, Ayla Gönenç, Ayfer Özdemir and Ahmet Çobanoğlu.

Arslan was the lone shooter in the incident and was linked to three others, including Osman Yıldırım who allegedly served as a false witness in the Ergenekon trial. Suspects were also accused of involvement in a grenade attack targeting offices of a newspaper. Timuroğlu, a man with mafia connections, was already handed an aggravated life sentence last year over the murder of his sister.

The court is continuing to announce the sentences and acquittal decisions of the other defendants.

Ergenekon was the alleged name of a secretive terrorist group in a sham case filed by Gülenist Terror Group (FETÖ)-linked prosecutors. It was "uncovered" in 2007 when weapons hidden in a house in Istanbul's Ümraniye district were discovered to be linked to the terrorist group.

What followed was a barrage of detentions that included everyone from veteran politician Doğu Perinçek to former army chief Ilker Başbuğ, journalists Tuncay Özkan and Mustafa Balbay and other renowned figures. Defendants were held in custody for years before a final verdict in 2013 that sentenced them to various prison terms.

In 2014, it was revealed that the trial was faulty and defendants were released. Further investigation showed the trial was based on false evidence and fabricated charges and was a plot to imprison the critics of FETÖ, whose infiltrators are being charged with being behind three separate coup attempts since 2013.

The Supreme Court of Appeals said in 2016 that the convictions by a local court were invalid, as there was a lack of concrete evidence pointing to the existence of the "Ergenekon terrorist organization," citing a number of violations in the case such as illegal wiretapping, dubious statements of secret witnesses and unlawful searches. The court explained that it had overturned the convictions because "the stages of questioning, trial, and collection of evidence have been found to contradict the principles of fair trial."

Judges adjourned the trial to September after hearing the pleas of lawyers and prosecutors. The prosecutors' request for separating the case of Başbuğ and other high-ranking generals from the Ergenekon trial was accepted by the court.

Yusuf Erikel, a lawyer for Ergenekon defendants, who himself was later imprisoned, asked the court to annul the case "based on an indictment penned by terrorists." He was referring to fugitive prosecutors behind Ergenekon, including Zekeriya Öz, a notorious judiciary member who was also involved in other alleged "sham" trials perpetrated by FETÖ.

FETÖ is accused of conspiring to imprison its critics through sham trials conducted by its infiltrators in the judiciary with the assistance of police officers loyal to the terrorist group.