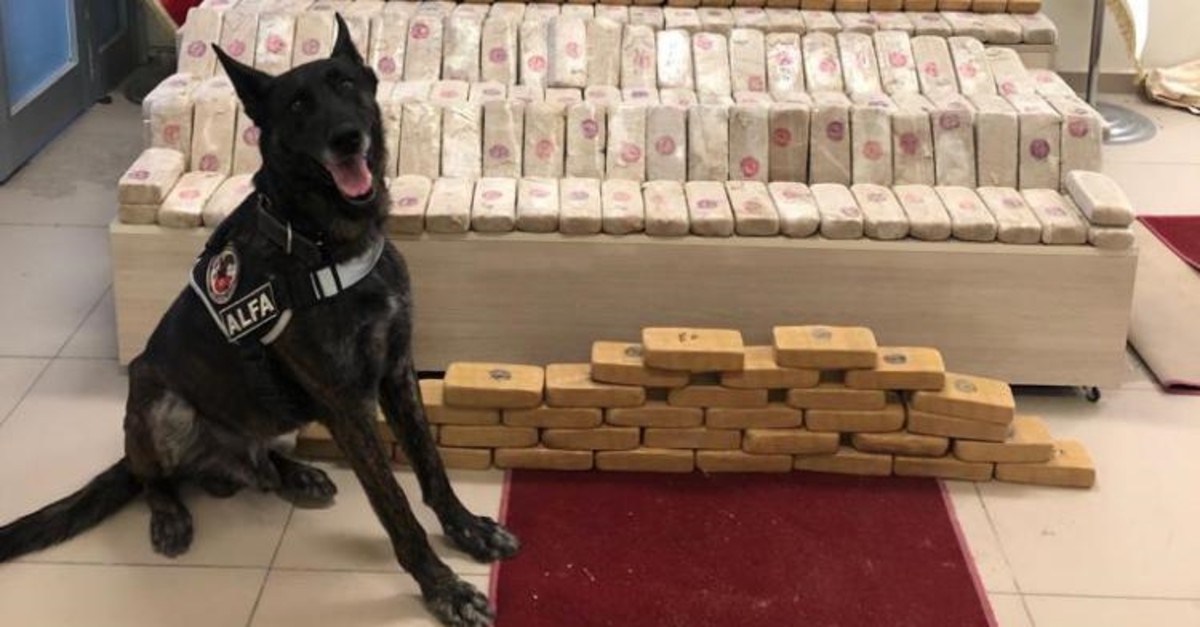 Anti-drug police launched an operation against illegal drug trafficking in the İpekyolu district, a local police department said in a statement.

During the search, police seized heroin packed in 300 bundles inside 10 boxes in a vehicle. The driver, only known by the initials O.K., was arrested over suspected drug smuggling. According to police data, Turkish security forces confiscated a total of 17.3 tons of heroin in 2018, arresting more than 1,500 suspects.

Meanwhile, in southeastern Adana province police led a dawn operation with a team consisting of 300 officers against previously convicted fugitives, most of whom were found to be involved in narcotics-related offenses.

The operation resulted in the capture of 44 people who either were previously sentenced fugitives for crimes involving narcotic and public order crimes or had arrest warrants issued for them.

Some 47 addresses over the province were identified, with 300 policemen working on the operation.

The anti-narcotics teams executed simultaneous operations to the destined locations with the help of officers from the Special Task Force and police helicopters. After infiltrating the perimeters with the help of battering rams, the security forces apprehended 44 people consisting of fugitive suspects and subjects of arrest warrants.

A total number of 825 people were checked by the teams, as 16 offices were searched with the help of 316 vehicles.

The searches were made with the help of sniffer dogs and resulted in the seizure of 450,44 grams of synthetic drugs, methamphetamine, 81 opiate drugs and many other types of drugs as well as eight unregistered pistols, 78 cartridges and three stolen motorbikes.