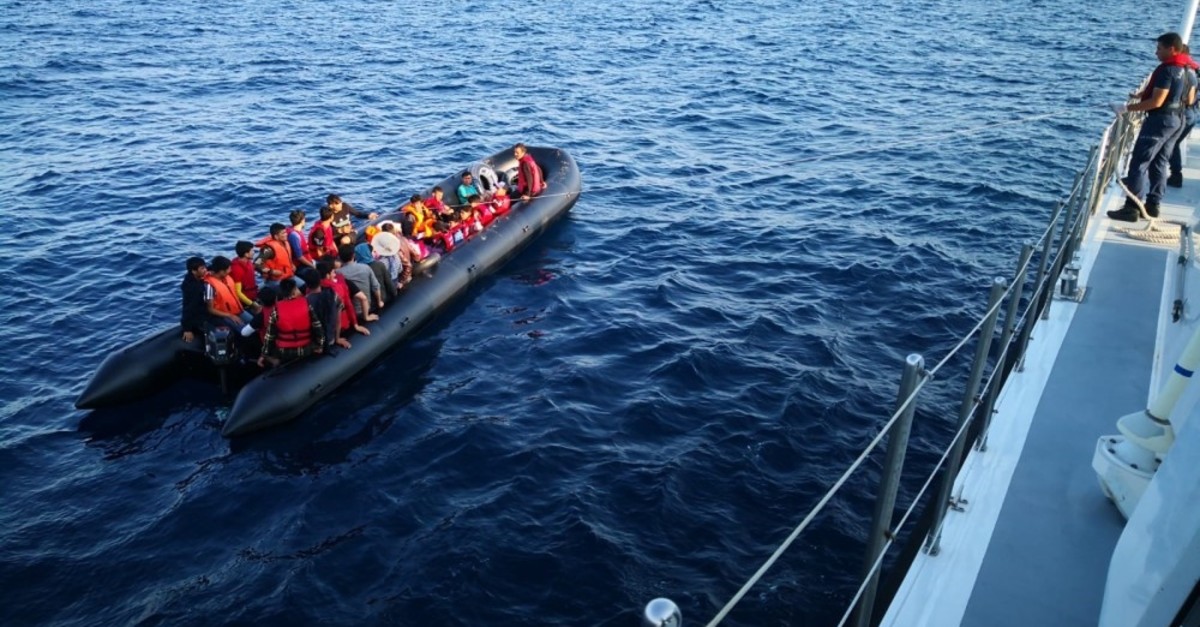 To clamp down on deadly journeys and human trafficking, Turkey has stopped more than 795,000 illegal migrants since 2016 and held more than 18,000 smugglers

Over 795,000 illegal migrants and some 18,000 human smugglers have been held in Turkey since 2016, according to data revealed by security sources.

Turkey has become a gateway to Europe for migrants fleeing war or poverty in their home countries. It also became a "destination" country for these migrants due to its recent economic developments. Many of these migrants are fleeing disputes in the Middle East, the Caucasus and the Balkans.

Ankara has been handling the issue as a humanitarian crisis, while continuing its fight against human smuggling and irregular migration.

Turkish forces have rescued 795,875 migrants since 2016 and brought to justice 18,775 smugglers, according to data compiled by Anadolu Agency (AA). As many as 4,883 smugglers have been remanded in custody. This year, 177,654 migrants were rescued from the clutches of smugglers.

The migrants are smuggled to foreign countries after they pay as much as 500 euros to 7,000 euros ($557 to $7,800), depending on their financial status, said sources that asked not be named due to restrictions on speaking to the media.

A luxury yacht is arranged for migrants who can afford it, while a vast majority suffers inhumane conditions in small boats. Human smuggling involves big money, coming only third to drugs and terrorism, according to international reports.

Many migrants embark on these treacherous journeys filled with hopes of a better life but instead fall into death traps.

In joint police operations with other countries, 148 smugglers were arrested this year.

As a result of information sharing with the U.K., Italy and Ukraine following an eight-month technical and physical surveillance, Iraqi national Akbar Omar Tawfeeq, who ran the biggest human smuggling ring in Europe, was remanded in custody along with 53 others in Istanbul.

Operation Action Day, carried out simultaneously with Germany, also led to the arrest of 16 smugglers.

Ankara and Brussels signed an agreement in 2016 to find a solution to the influx of migrants heading to European Union countries. According to the deal, Turkey was promised 6 billion euros in financial aid, which was initially designed to be given to the country in two stages and be used by the Turkish government to finance projects for Syrian refugees. In exchange, Turkey took the responsibility of stepping up measures against illegal migration via the Aegean Sea, by taking stricter action against human traffickers and improving the conditions of more than 3.5 million Syrians living in Turkey.