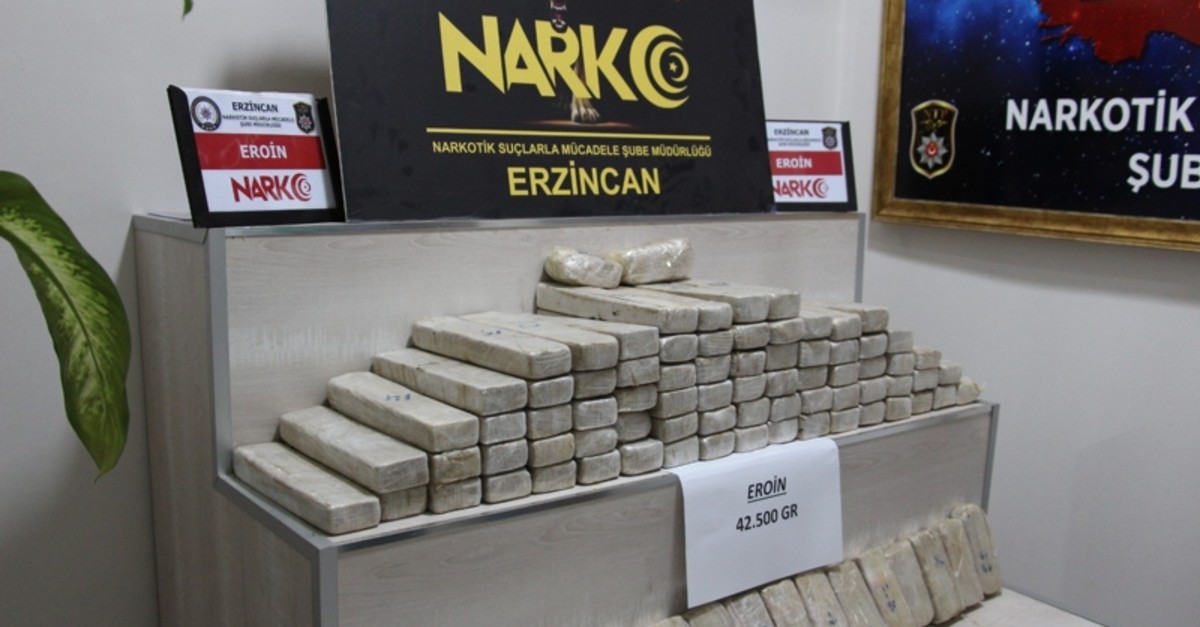 Turkish security forces seized 42.5 kilograms of heroin from a vehicle with a foreign license plate in eastern Turkey's Erzincan province, the local Governor's Office said in a statement Tuesday.

Acting on a tip-off, police stopped and searched a Germany-licensed car belonging to a suspect identified as T.N., the statement said.

Police seized a total of 42.5 kilograms of heroin divided into 92 packages in the trunk of the vehicle with the help of sniffer dog "Odin."

The 34-year-old suspect, who was revealed to be holding German and Greek citizenship, was sent to court for legal proceedings.