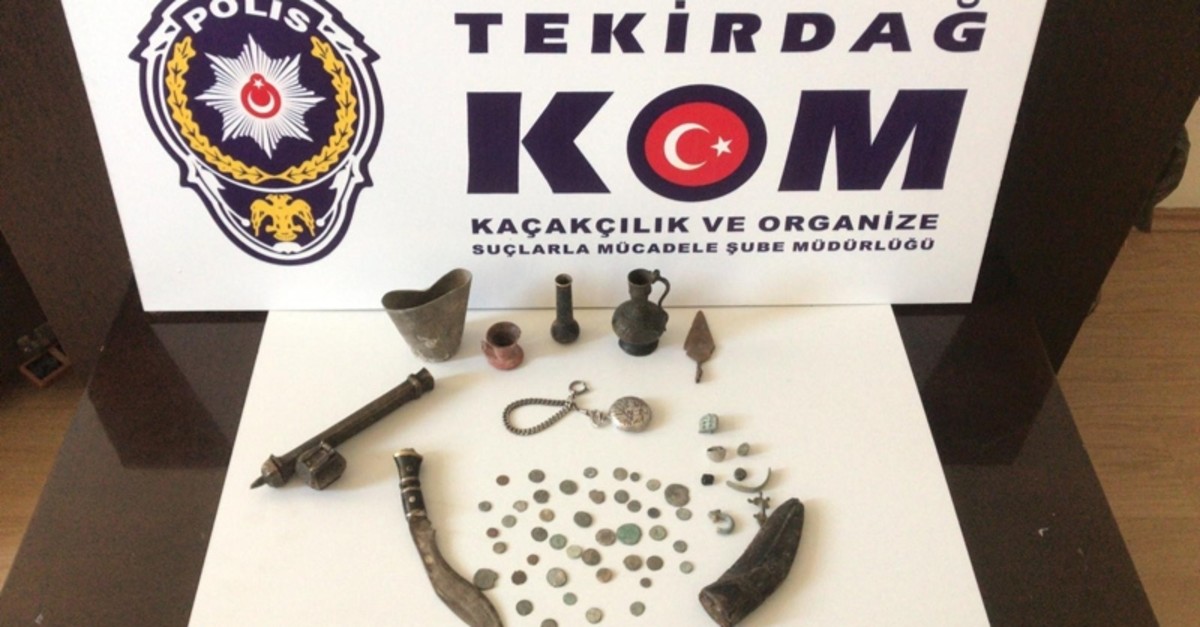 Acting upon investigation, the anti-smuggling branch of the provincial security directorate has conducted the operation in Çorlu district.

Two suspects identified as women were detained at the bus terminal in the district in relation to the smuggling incident.

A total of 59 historical artifacts, including a spearhead, a metallic object, a ring bearing Arabic letters and coins were seized during the operation.

The issue is crucial to a country that is home to about 3,000 ancient cities from 42 civilizations and whose tourism industry relies on its rich historical heritage to attract millions of foreign visitors each year.