Turkish courts back to work with backlog of coup trials 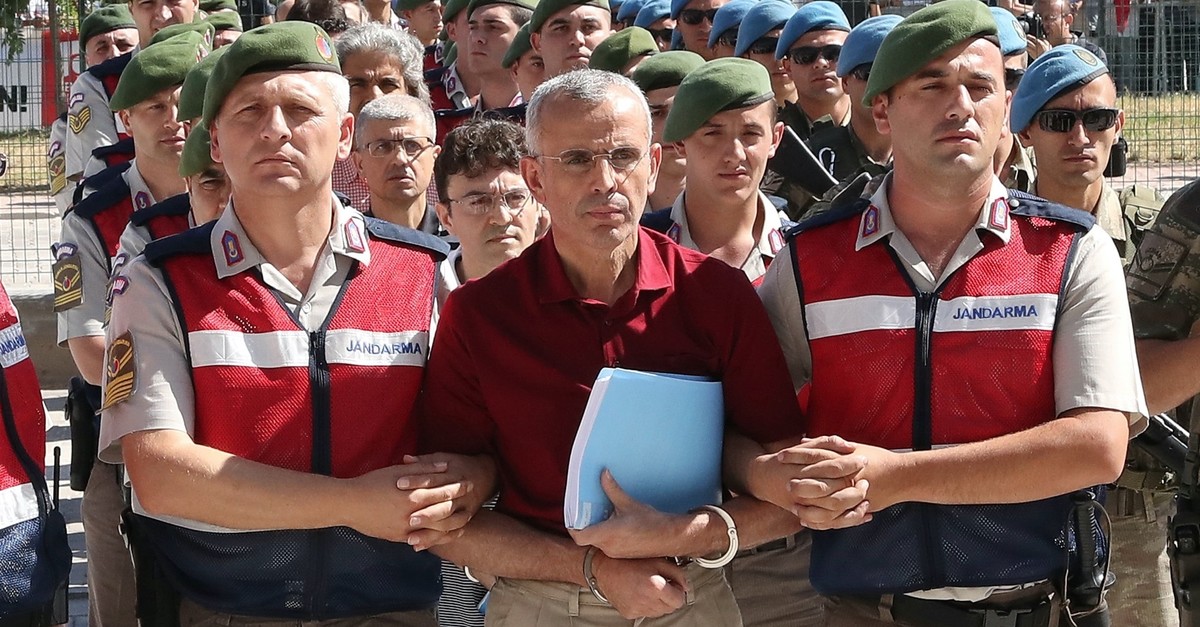 The new judicial year begins today after a one-month break for judges and prosecutors. Returning from recess, they will be back in the courtroom for a string of critical trials. Of particular significance are trials related to the July 15, 2016 coup attempt. Hundreds of military officers and civilians will be on the dock for new hearings over the putsch bid that killed 251 people and injured nearly 2,200 others.

The coup attempt was the work of military infiltrators of the Gülenist Terror Group (FETÖ), and after it was quelled, tens of thousands of people were detained or arrested.

One of the most significant trials of these trials is the Akıncı trial with the next hearing beginning in Sincan, Ankara, tomorrow. Inside a massive prison-courthouse complex specially designed to accommodate and try hundreds involved in the coup attempt, the 4th High Criminal Court will try 475 defendants.

The first hearing started in 2017 in the case that is named after Akıncı, an airbase in the capital that served as the command center of the putschists and their Peace At Home Council during the brutal coup attempt. Defendants include everyone from sergeants to generals as well as fighter jet pilots who dropped bombs in strategic locations in Ankara, from Parliament to the Presidential Complex, from a police headquarters to the building of the country's main satellite operator, killing dozens of people. Four civilians accused of serving as FETÖ's handlers for military infiltrators face 79 separate instances of life imprisonment for orchestrating the coup attempt. In the multistage trial, the court heard the first testimonies of defendants, accounts of plaintiffs and witnesses. Defendants will continue their final defense against the prosecutor's charge sheet when the trial resumes tomorrow. The trial is expected to wrap up in a few months and will be the last big trial concerning the 2016 coup attempt.

It was from the Akıncı base, renamed after the attempt, that the plotters allegedly planned and conducted their coup attempt. Top military brass, including the then-Chief of General Staff Gen. Hulusi Akar, were brought to Akıncı after they were kidnapped by putschists. By the early hours of July 16, 2016, a few putschists were still holding out against anti-coup forces on the base. Strong public resistance combined with a swift response by anti-coup soldiers and law enforcement helped thwart the coup attempt, and dozens of defendants currently on trial were detained.

Others, like civilian defendants Kemal Batmaz, Hakan Çiçek, Harun Biniş and Nurettin Oruç were either captured inside the base or in vast fields near the base as they tried to flee. A 713-page indictment by prosecutors says FETÖ started planning a coup attempt after the 2015 elections where the Justice and Development (AK) Party secured another victory. FETÖ repeatedly tried to topple the government on two separate occasions in 2013 though the 2016 attempt was the first time it employed military means. Prosecutors say Batmaz, Çiçek, Oruç and Biniş joined Adil Öksüz, the fugitive defendant in the Akıncı trial, to plan the coup attempt through military infiltrators. A large number of people, from President Recep Tayyip Erdoğan to army generals targeted by the putschists, lawmakers and families of civilians killed by the coup plotters are among the plaintiffs in the Akıncı trial.

Another massive trial is related to putschist actions at the Presidential Guard Regiment, a prestigious military unit tasked with protecting the Presidency with 521 defendants tried for their involvement in the coup attempt. Accusations they face also involve a raid on public broadcaster TRT to force a TV presenter to read a putschist declaration. The trial began on Oct. 10, 2017, and the court will now hear the accounts of eyewitnesses after defendants presented their defenses. It will resume in Ankara on Sept 9. Also, 142 others will be back on the dock in October for the coup attempt's Land Forces chapter where putschists tried to take control of this branch of the army.

In another trial, 245 defendants will return to court for the Gendarmerie General Command coup trial where military officers from military headquarters are being tried. Defendants are accused of murdering nine civilians confronting putschists and attempting to kill Turgut Aslan, the head of the Turkish National Police's counterterrorism department. Aslan, shot and left for dead by putschists who abducted him, survived the attack but is still in recovery.

So far, 265 coup trials out of 289 have been concluded after the first trials started in late 2016. Some 3,664 defendants were convicted in those trials. Around 2,260 defendants were sentenced to life imprisonment and 1,206 among them were handed down aggravated life sentences with no chance for parole. Trials against FETÖ don't just cover their role in the coup attempt. A number of FETÖ members and their accomplices will also be on trial in September for a string of other crimes. In Istanbul, 107 defendants will be on trial for a new hearing in a "match-fixing plot" case.

The terrorist group is accused of plotting the imprisonment of key figures in Turkish football, including former Fenerbahçe Chairman Aziz Yıldırım, by implicating them in a match-fixing case. Yıldırım and other football executives were convicted and jailed in 2012 in the case, which later turned out to be a scheme by FETÖ-linked police chiefs and judiciary members. Defendants are accused of concocting a sham trial based on trumped-up evidence to imprison Yıldırım and others. FETÖ is already implicated in a number of other similar cases where it used its law enforcement and judiciary infiltrators for sham trials to imprison its critics and others the group saw as an obstacle to their cause.

In the capital Ankara, 118 defendants, mostly former police officers, will be tried for gaining access to secret military archives and stealing documents for use by FETÖ. Also in Ankara, 28 defendants will be back on the dock on Sept. 6 over the assassination of Russian Ambassador Andrey Karlov. Karlov was killed by an off-duty police officer in Ankara in 2016. The assassin, who was killed in an ensuing shootout, was a FETÖ member and prosecutors accuse the terrorist group of instructing him to murder Karlov.