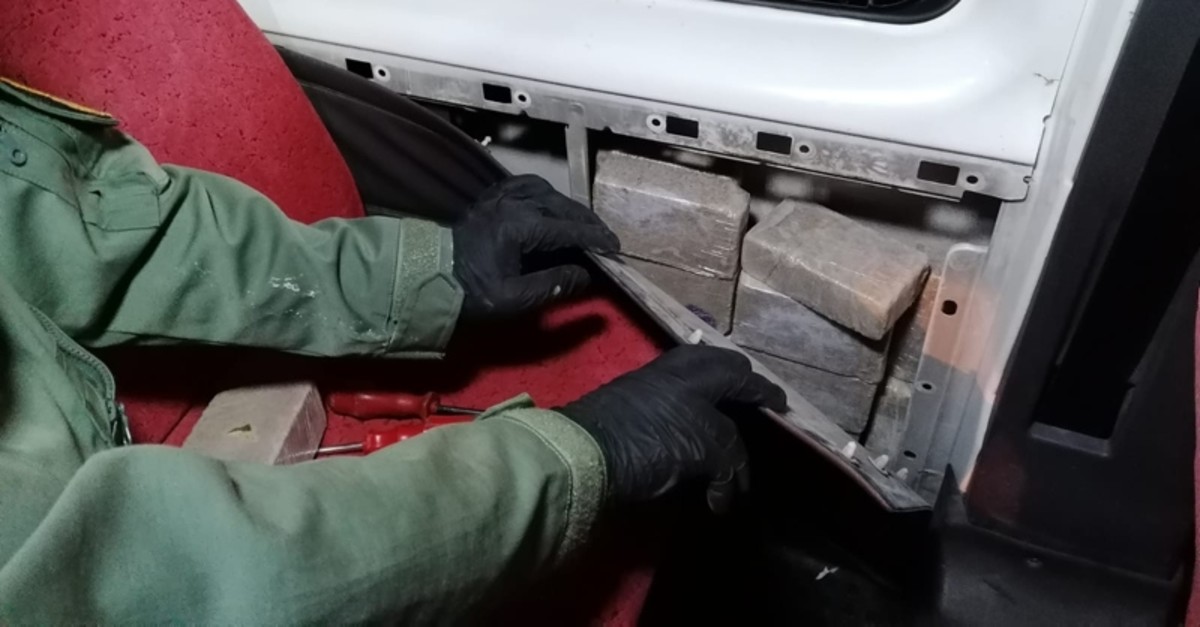 Turkish security forces seized large quantities of heroin and hashish in anti-smuggling operations in two provinces in southern and eastern Turkey on Thursday.

In the eastern province of Van, the anti-smuggling branch of the provincial security directorate, acting on a tip-off, stopped and searched a vehicle in the Kurubaş neighborhood of the Edremit district.

Security forces seized 50.5 kilograms (111 pounds) of heroin in 100 packages during the operation, carried out with the help of a sniffer dog.

A suspect identified as M.S. was detained in relation to the smuggling incident while investigations are ongoing.

Meanwhile, in rural parts of the Hacıpaşa neighborhood in southern Hatay province along the border with Syria, the Second Border Regimental Command units seized 13 kilograms (29 pounds) of powdered hashish.

The drug was seized during a search in the area conducted after two suspects fled into Syrian territory despite being warned to stop by security forces.

Authorities launched an investigation into the incident.