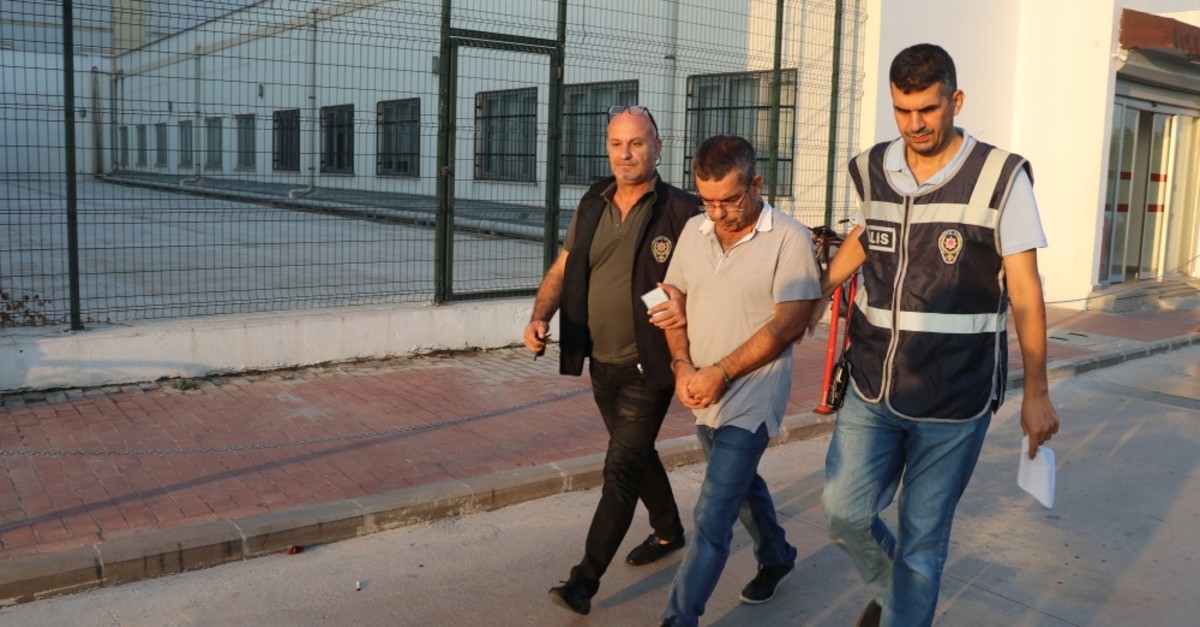 Nearly 100 people were arrested in nationwide operations against the terrorist group FETÖ on Friday, in probes into the group's network of infiltrators, while new trials on its coup attempt revealed the terror putschists spread three years ago

The Gülenist Terror Group (FETÖ) faced a new crackdown on Friday with arrest warrants issued for nearly 100 people in nationwide operations. Meanwhile, more members of the group were jailed for FETÖ's wrongdoings in yesterday's hearings.

FETÖ is implicated in a string of cheating allegations in public exams. The group is accused of using the exams as a stepping-stone to the public sector where many of its members found jobs. Several members of the terrorist group were already convicted of mass cheating on a nationwide exam for civil servants. Multiple investigations into the group's methods for cheating found that FETÖ leaked questions and answers to young members, either handpicked by the group's leaders or eager to join the public sector. Former members of the group testified in other cases that "brothers" or "imams," point men and handlers for FETÖ, provided them questions and answers for exams. Civilians are believed to have gained access to well-protected questions and answers through infiltrators in bodies tasked with organizing the exams. The Ankara Chief Prosecutor's Office launched investigations concerning police exam cheating after the 2016 coup attempt by the group's military infiltrators.

Elsewhere, 14 out of 23 suspects were arrested in operations into FETÖ's secret military network. Prosecutors in the southern province of Adana issued arrest warrants for 23 suspects including active-duty soldiers, retired soldiers and soldiers dismissed for suspected links to FETÖ. Operations were carried out in 13 provinces to capture the suspects. Authorities say suspects had contacts with terrorist group's handlers known as "secret imams" through payphones and received instructions from them. Communication via payphones is a common method employed by FETÖ to avoid detection. Since the 2016 coup attempt, prosecutors have found that nearly 14,500 people used pay phones to communicate with senior members of FETÖ. Around 13,500 of them were arrested in over 800 operations across the country. Some 5,000 of the detainees have been remanded into custody, while nearly 8,500 suspects were released, including those under judicial control.

New hearings were held on Friday in trials of FETÖ members. In the capital Ankara, 20 defendants received prison terms between six years and eight years on a trial about the terrorist group's infiltration into the Small and Medium Enterprises Development and Support Administration (KOSGEB). Among them was former KOSGEB Chairman Mustafa Kaplan who was sentenced to eight years and nine months in prison for FETÖ membership. 17 others defendants in the case were acquitted. Suspects were accused of collecting money for the terrorist group, hiring group members into the administration that provides loans for businesses and unfairly promoting secret FETÖ members into top positions in the administration. Former KOSGEB members were charged in another trial for favoring companies linked to the terrorist group in provision of loans.

At a hearing in Ankara on Friday, Tijen Karaş, a presenter for public broadcaster TRT spoke about how she was forced at gunpoint to read a coup declaration by FETÖ putschists on July 15, 2016. FETÖ is accused of carrying out the coup attempt that killed 251 people and injured nearly 2,200, using its military infiltrators. The image of Karaş reading that Peace At Home Council took power with a shaky voice was among the memorable moments of the coup attempt that was thwarted thanks to a strong public resistance. The presenter testified in the trial where 527 defendants are being tried on terror charges and recalled how Ümit Gençer, who led putschists into TRT headquarters in Ankara threatened them on the coup night.

Karaş was preparing to present a news bulletin at 23:00 p.m. when she heard "voices" outside the studio. Next thing she knew, soldiers stormed the studio and ordered them to lie down. "They then handcuffed us. Some colleagues asked what they were doing and Ümit Gençer ordered soldiers to beat or shoot anyone asking questions," she recounted. "Gençer asked me to read the coup declaration. I told him I can't do it and resisted. They took me to the studio [at gunpoint], and Gençer told me, ‘Turkey will wake up to a bright, beautiful day tomorrow.' I told him this was not what happened in previous coups. Then, I was seated in the studio, and Gençer pointed his gun at me. I tried to read the declaration over and over, but I couldn't bring myself to read it. I felt like I would pass out. They brought some fruit juice, but I was shaking. When I finally read it, Gençer left the studio. I left too and saw my colleagues. Everyone was crying," she said. Karaş said they were rescued when hundreds of anti-coup people entered the TRT building and forced putschists to leave.

In another FETÖ-related trial in Istanbul, three defendants were released under judiciary control after a hearing on Friday. The Selam-Tevhid trial involves former police chiefs accused of plotting against critics of FETÖ. Prosecutors in the case with 89 defendants say they concocted the eponymous "terrorist group" and implicated a number of innocent people on false charges and sought their imprisonment. Police officers are accused of illegally wiretapping hundreds of people under the guise of investigation into the fictitious terrorist organization called Selam-Tevhid. The Selam-Tevhid is just another example of the terrorist group's attempts to imprison those who opposed FETÖ's plans. FETÖ members are also accused of plotting against their opponents by fabricating incriminating evidence in other cases, including the Ergenekon case, which saw hundreds of military officers, journalists, academics and others imprisoned on charges which were later dropped.