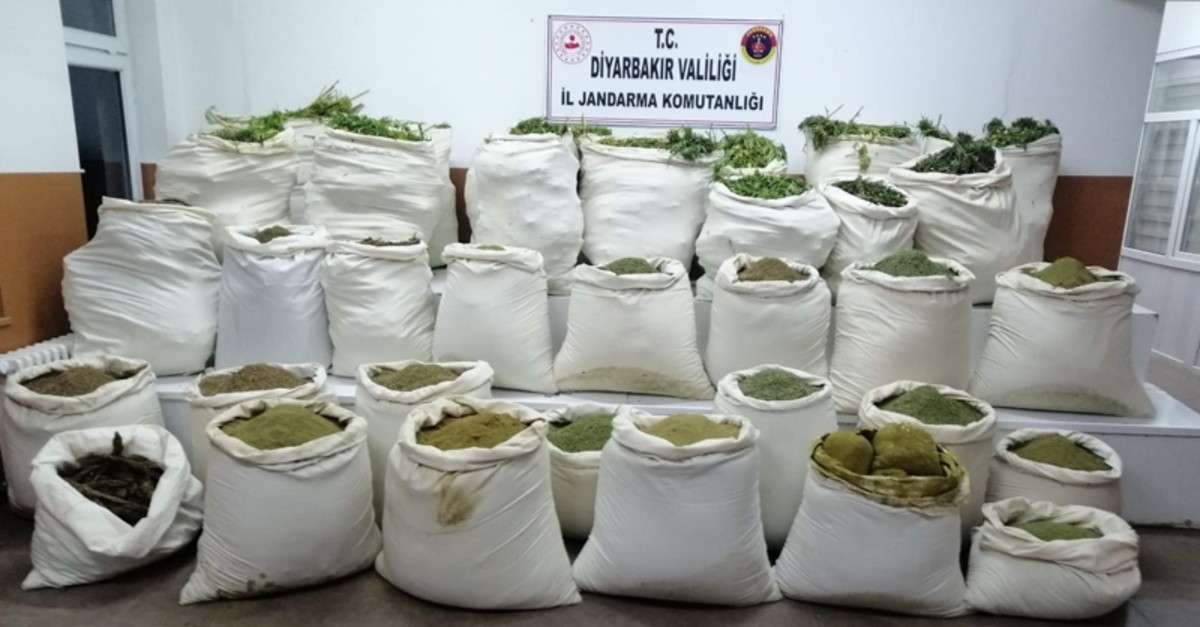 Turkish security forces seized 955 kilograms of hashish and 6.7 million cannabis stems – the largest cache of drugs seized in a single operation in recent years – during a counterterrorism operation targeting the PKK terrorist group in southeastern Turkey's Diyarbakır province, the governor's office said in a statement Wednesday.

The provincial gendarmerie units launched the operation Monday in mountainous, rural areas of northwestern Hazro and southern Lice districts, targeting PKK terrorists and their shelters, arms and ammunition, as well as the group's drug trafficking operations, the statement said.

The drugs were seized in various areas either buried under the ground or hidden in bushes.

About 134 tons of marijuana could be produced from the seized stem cannabis, the statement said, adding that the haul was the largest amount seized in a single operation in recent years.

Two suspects, identified as M.Ş.B. and A.B., were also detained during the operation after 12 kilograms of hashish was seized from properties belonging to them.

Terrorist groups, particularly the PKK, have exacerbated the booming regional drug trade. The PKK is accused of smuggling drugs to and from Europe as well as cultivating cannabis in southeastern Turkey as a way to fund its illegal activities. In 2018, Interior Minister Süleyman Soylu said the PKK terrorist group controls 80%of the drug trade in Europe, earning around $1.5 billion per year.