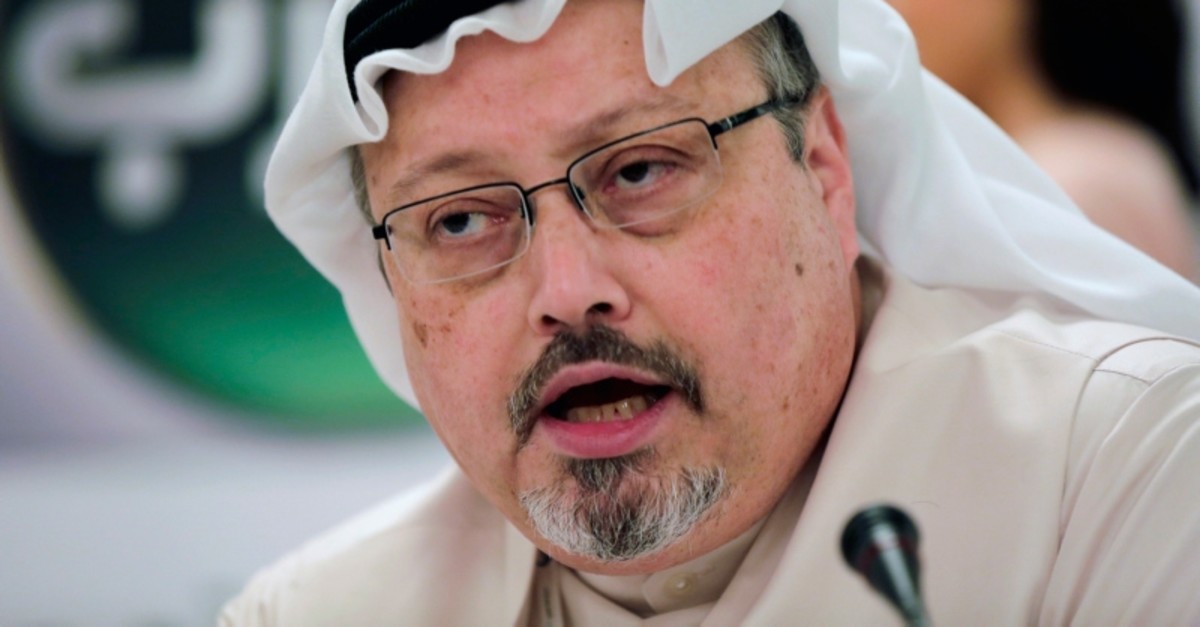 Journalist Jamal Khashoggi's brutal murder inside the Saudi consulate in Istanbul was the second most influential event to threaten the international order during the 21st century, after the Sept. 11 attacks, President Recep Tayyip Erdoğan said Sunday.

"The murder of Post contributing columnist Jamal Khashoggi was arguably the most influential and controversial incident of the 21st century, barring the Sept. 11, 2001 terrorist attacks. No other event since 9/11 has posed such a serious threat to the international order or challenged the conventions that the world has come to take for granted," Erdoğan wrote in an opinion piece published by the Washington Post.

Erdoğan said the details of the grisly murder remain unknown despite the first anniversary of Khashoggi's death being just a few days away.

"Whether all aspects of the Saudi journalist's death will ever come to light will determine what kind of world our children will live in," the president wrote.

Erdoğan said Turkey adopted a policy of transparency in the wake of the incident and shared all available evidence with other countries to shed light on the murder. Ankara also requested that Saudi Arabia extradite Khashoggi's murderers to Turkey, where the crime was committed.

While Turkey sees Saudi Arabia as a friend and an ally, it does not mean Ankara will stand silent, as "a real friend speaks bitter truth," Erdoğan said, referring to a Turkish proverb. Turkey can make the distinction between the thugs who committed the crime and King Salman and his loyal subjects, he noted.

Khashoggi's murder is a problem of justice, not a political one, as the murder was committed by agents of a "shadow state" within the kingdom's government, Erdoğan said, criticizing the lack of transparency on the court proceedings in Saudi Arabia.

He also criticized the Saudi Consul General in Istanbul's involvement in the cover up and the fact that the crime was committed by people with diplomatic passports in a consulate, calling it a "blatant" abuse of diplomatic immunity.

Erdoğan urged Saudi Arabia to share more information about the judicial proceedings, cautioning Riyadh not to use national security as an excuse to hide the details of the killing and grant killers leeway.

The president once again vowed to continue efforts to shed light on the murder despite the obstructions.

"It is in our best interest, and in the best interest of humanity, to ensure that such a crime is not committed anywhere again. Combating impunity is the easiest way to accomplish that goal. We owe it to Jamal's family," he said.

Khashoggi, a Washington Post contributor hailing from a prominent Saudi family, entered the Saudi consulate on Oct. 2, 2018, to collect a document that he needed to marry his Turkish fiancee. Agents of the Saudi government killed Khashoggi inside the consulate and apparently dismembered his body, which has never been found. Saudi Arabia has charged 11 people in the slaying and put them on trial, which has been held in secret. As of yet, no one has been convicted.

A U.N. report published following a detailed investigation asserted that Saudi Arabia bore responsibility for the killing and said Crown Prince Mohammed bin Salman's possible role in it should be investigated. Saudi Arabia has long insisted the crown prince had no involvement in an operation that included agents who reported directly to him.