61 arrested in new wave of operations against covert FETÖ members 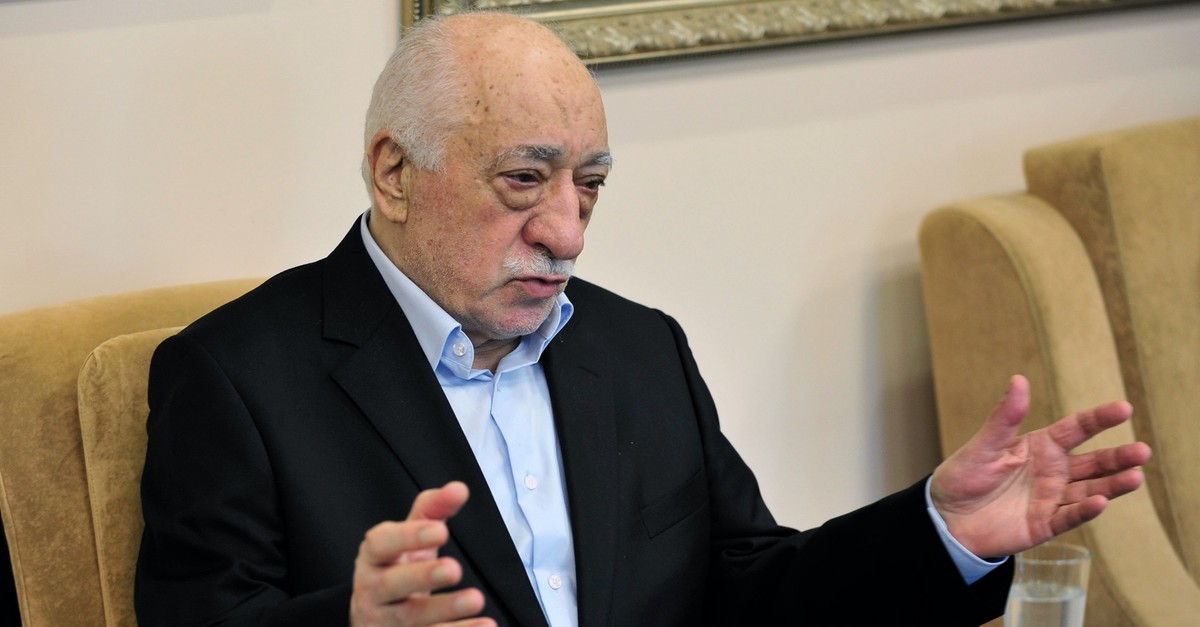 In nationwide operations yesterday, security forces detained 61 people, from civilians to former judges, accused of affiliation with FETÖ, the terrorist group behind the 2016 coup attempt

A new wave of operations against the Gülenist Terror Group (FETÖ) yesterday saw the arrest of 61 suspects across the country. The operations that come three years after the terrorist group tried to seize power, target secret members of the group, from former judges and lawyers to civilians.

Prosecutors in the capital Ankara ordered the arrest of 29 suspects accused of involvement in fraud in exams for administrative judges in 2013. According to prosecutors, the suspects were implicated in a scheme to steal questions and answers for exams to help the terrorist group plant its members in the Turkish judiciary. Fourteen suspects were arrested in operations in Ankara and 20 other cities. Operations were underway to capture the other suspects.

The suspects, who are accused of fraud in official documents and for membership of a terrorist group, include former judges, prospective judges and lawyers. The Chief Prosecutor's Office in Ankara says FETÖ members had access to questions and answers for the exam beforehand and delivered them to their members staying in houses designated for judges and prosecutors. Those "study houses" were places where FETÖ infiltrators memorized the answers to questions and managed to pass the exam, a gateway for infiltration into the judiciary. FETÖ is known for its widespread infiltration into the judiciary, law enforcement, military and bureaucracy.

In December 2013, its members in police and courts tried to topple the government under the guise of a graft probe targeting government officials. It was the first time that the terrorist group openly waged war against the government using its infiltrators. When it failed, they tried again on July 15, 2016 and employed their infiltrators in the Turkish Armed Forces (TSK) to seize power. A total of 251 people were killed and nearly 2,200 others were injured in that bloodiest attempt by FETÖ. What followed was a barrage of investigations against the terrorist group. Turkey lifted the state of emergency imposed after the coup attempt, but operations still continue against FETÖ three years later.

The terrorist group is already accused of massive infiltration into the judiciary. Its members were implicated in several sham trials. In trials concluded after the 2016 coup attempt, judges and prosecutors linked to the terrorist group were sentenced for their roles in those trials. Critics of the group and those imprisoned in the sham trials say FETÖ-linked police officers concocted trumped-up evidence to implicate them with false charges, and prosecutors and judges helped build a case against them. They claim that the terrorist group wanted to stifle the opposition to its infiltration in key places like the military and law enforcement or randomly targeted anyone in those institutions to replace them with their own members. Thousands of soldiers and police officers were dismissed from their jobs for affiliations with FETÖ after the 2016 coup attempt.

Elsewhere, prosecutors in the western city of İzmir ordered the arrests of 51 suspects in an operation against FETÖ. Thirty-six suspects had been captured when Daily Sabah went to print. Wanted and captured suspects include three "secret imams," a term used to describe FETÖ handlers for the group's infiltrators in law enforcement, the judiciary and military. Other suspects include a former police chief dismissed from his job for suspected links to the terrorist group, five police officers, two lawyers and an academic. Prosecutors say 33 suspects were discovered having used ByLock, an encrypted messaging app developed and exclusively used by FETÖ members, other suspects were identified by FETÖ members and eyewitnesses who testified in other investigations. Authorities launched investigations in İzmir, Ankara, Aydın, Manisa, Uşak, Denizli, Çorum, Sivas, Osmaniye, Diyarbakır and Trabzon to capture the suspects.

FETÖ, known for its secretive methods of communication, utilized everything from in-game chats in mobile games to payphones to convey messages between its members. ByLock is the most well-known app used by FETÖ members, and its use was discovered before the 2016 coup attempt. Authorities deciphered ByLock messages, revealing secret messages pointing to an imminent coup in operations after the putsch bid. The Interior Ministry announced that 4,676 new ByLock users were detected through an investigation that had already identified more than 95,000 users. More than 79,337 people faced legal charges in ByLock investigations.

Media reports say police intelligence staff linked to the terrorist group were behind the app. FETÖ-linked staff members working in a powerful intelligence department of the Turkish National Police were the "architects" of the app, or rather its modification to serve the purposes of the group. A group of intelligence officers is accused of controlling the private app used to deliver FETÖ leader Fetullah Gülen's messages to his followers as well as to instruct the group's members on how to carry out plots against anti-Gülenists. Servers of the app deployed in Lithuania were brought to Turkey, where teams from the intelligence service worked to decode them. Investigations point out that the app was one of the most commonly employed means of communication in the secretive group.

In another investigation in Ankara, authorities arrested 11 out of 28 wanted suspects on charges of using ByLock. Security sources said the suspects were businesspeople.