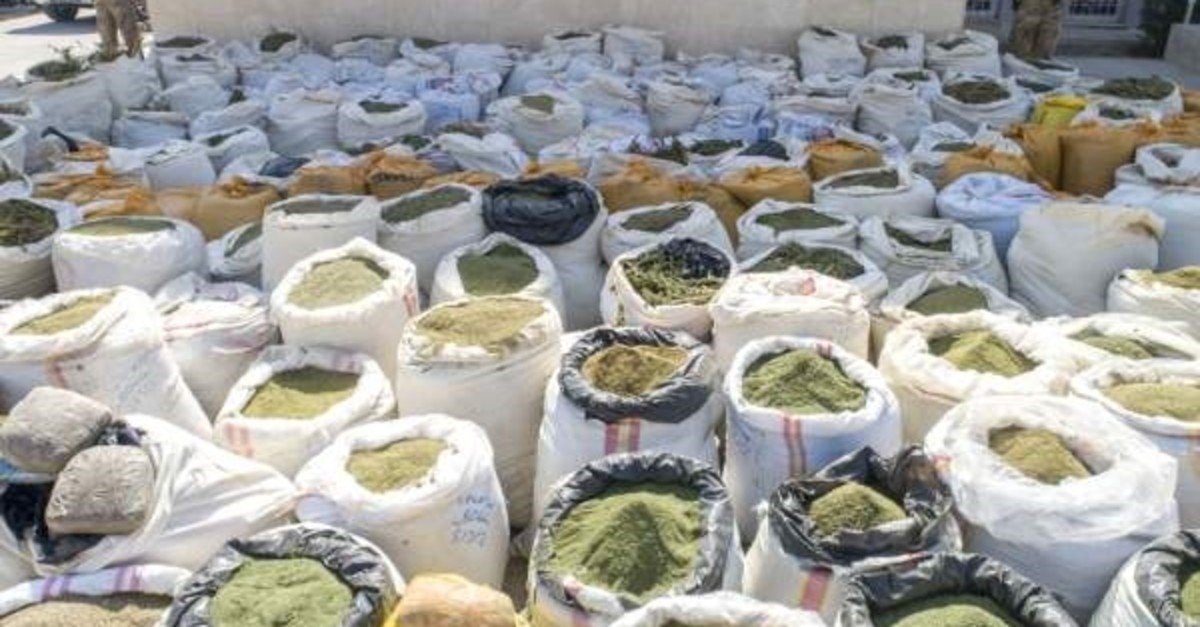 Security forces seized 5.3 tons of heroin and more than 1.3 million cannabis plants in an operation against the terrorist PKK in southeastern Turkey on Friday.

The operations in the Lice district of Diyarbakır were carried out by gendarme troops and was part of a wider sweep against the terrorist group’s members.
At least 10 suspects were arrested while troops also discovered guns hidden in areas near the cannabis fields.

Last month, security forces seized 955 kilograms of hashish and 6.7 million cannabis stems – the largest cache of drugs seized in a single operation in recent years – during another counterterrorism operation against the PKK in Lice.

Terrorist groups, particularly the PKK, have exacerbated the booming regional drug trade. It is accused of smuggling drugs to and from Europe as well as cultivating cannabis in southeastern Turkey as a way to fund its illegal activities.
In 2018, Interior Minister Süleyman Soylu said the PKK terrorist group controls 80%of the drug trade in Europe, earning around $1.5 billion annually.

Turkey is also fighting rising levels of drug abuse, especially among the youth. It has stepped up anti-narcotics efforts in recent years.
The Interior Ministry recently announced that security forces carried out more than 134,000 counternarcotics operations in 2018 and captured nearly 80 tons of cannabis, 19.6 million Captagon pills, 7.8 million Ecstasy pills and more than 15.9 tons of heroin.