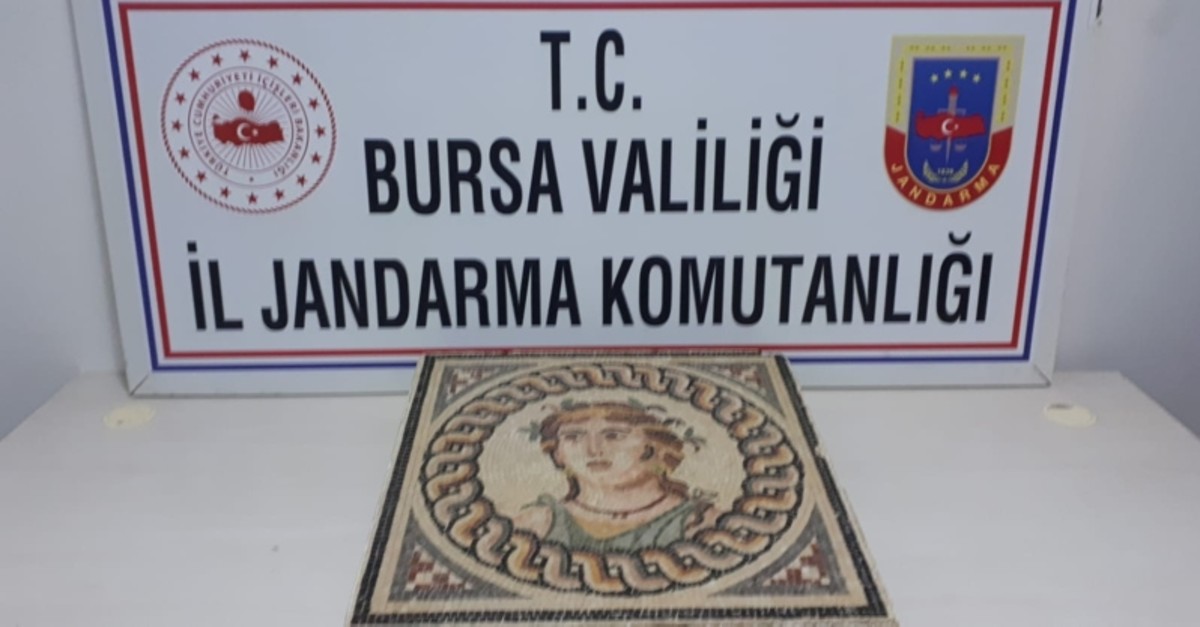 The two suspects, identified as C.K. and M.U., were planning to sell the historic artifact they brought from the capital Ankara.

The mosaic, which was delivered to the Museum Directorate, was found to have a market value of $100,000.