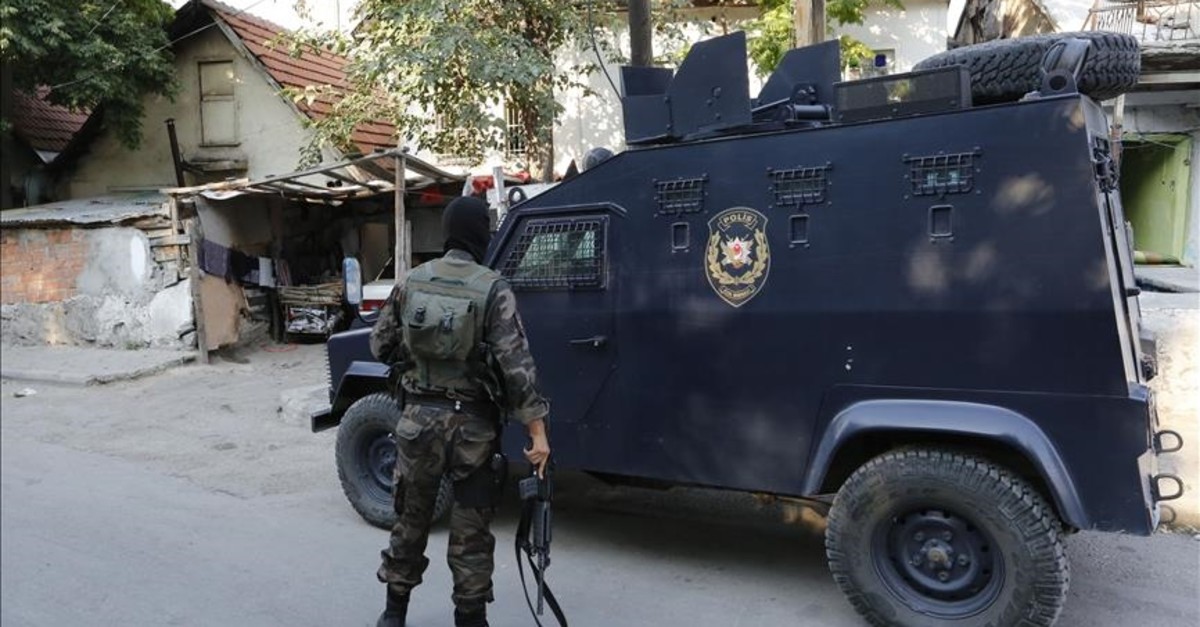 A total of 391 suspects have been taken into custody in the last three days over links to the PKK and Daesh terror organizations, the Interior Ministry announced Tuesday.

Of the suspects, 245 people were arrested over links to the PKK in operations carried out in 36 provinces across Turkey.

The other 146 were detained across 25 provinces for ties to Daesh.

The suspects, whose nationalities were not publicized, entered Turkey illegally and were found to be active members of the terror group.

After their procedures are completed, the suspects will be handed over to the migration authorities to be deported out of Turkey, security sources said.

Meanwhile, eight Turkish citizens were detained after the Ankara Public Prosecutor's Office discovered in an investigation that they were in contact with the al-Qaida-linked Hayat Tahrir al-Sham (HTS) in Syria.

More than 300 people have lost their lives in attacks claimed by Daesh in Turkey, where the terrorist organization has targeted civilians in suicide bomb, rocket and gun attacks. Turkish security forces have been involved in a long-running campaign to rid Turkey of Daesh terrorists.

According to official figures, at least 2,000 people have been arrested and 7,000 others deported in operations against Daesh in Turkey in the past few years, while around 70,000 people have been denied entry to Turkey over their suspected links to the terrorist group.