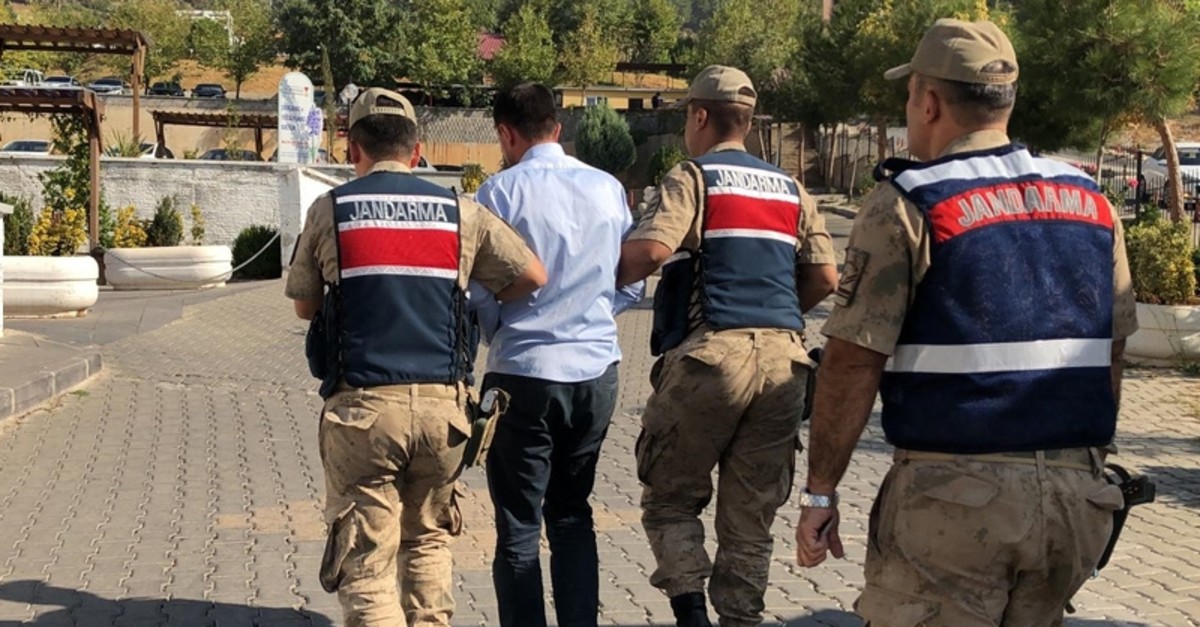 Six judges and prosecutors were dismissed from their jobs while 12 suspects were detained on Tuesday for their links to the Gülenist Terror Group (FETÖ) in the latest wave of clampdowns on the group behind the 2016 coup attempt.

The Board of Judges and Prosecutors (HSK), which oversees judiciary appointments, announced six judges and prosecutors previously suspended from their posts for suspected FETÖ links, were expelled from the judiciary. The HSK said the dismissed staff’s links to the terrorist group were proven with evidence, from correspondence with other FETÖ members to investigations and testimonies of former members of the terrorist group who identified the judges and prosecutors and detailed their links to FETÖ. Among the dismissed judiciary members is a former judge from the eastern province of Erzurum, Zeynep Ergün, a former judge from Konya, Celal Sünger, and Adem Narçin who was a top district judge on Istanbul’s Asian side. The HSK had ordered the dismissal of more than 4,500 judges and prosecutors after the July 15, 2016 coup attempt by FETÖ’s military infiltrators.

In the northern province of Samsun, prosecutors ordered the arrest of 12 suspects for FETÖ links. Suspects, including a teacher, a nurse, a civil servant and a former employee of a FETÖ-linked company were arrested in operations in Samsun, Istanbul and the central city of Kayseri. The suspects were identified through their use of ByLock, an encrypted messaging app developed and exclusively used by FETÖ.

FETÖ, known for its secretive methods of communication, has utilized everything from in-game chats in mobile games to payphones to convey messages between its members. ByLock is the most well-known app used by FETÖ members, and its use was discovered before the 2016 coup attempt. Authorities deciphered ByLock messages, revealing secret messages pointing to an imminent coup in operations after the putsch bid. The Interior Ministry announced that 4,676 new ByLock users were detected through an investigation that had already identified more than 95,000 users. More than 79,337 people faced legal charges in ByLock investigations.