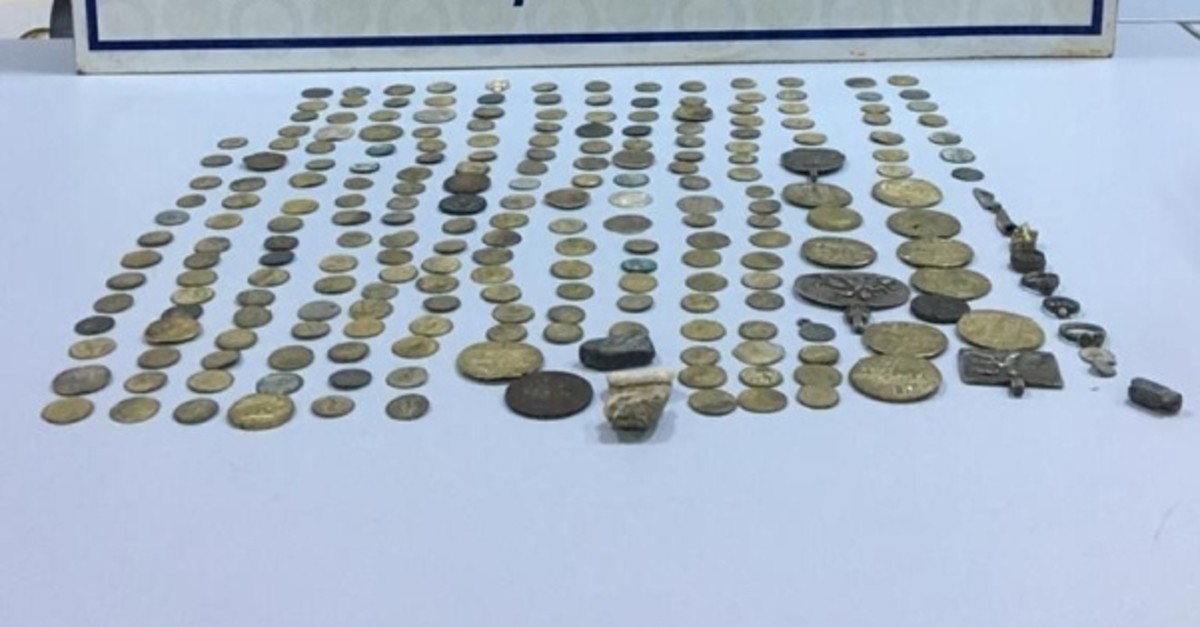 Turkish security forces seized a haul of ancient coins in an anti-smuggling operation in eastern Turkey's Batman province, the governor's office said in a statement Wednesday.

Anti-smuggling units of the provincial security directorate raided a property after receiving a tip-off over a possible smuggling case, the statement said.

Police seized 236 ancient coins belonging to different eras during the search of the property.

Two suspects in connection to the smuggling incident were detained, the statement added.