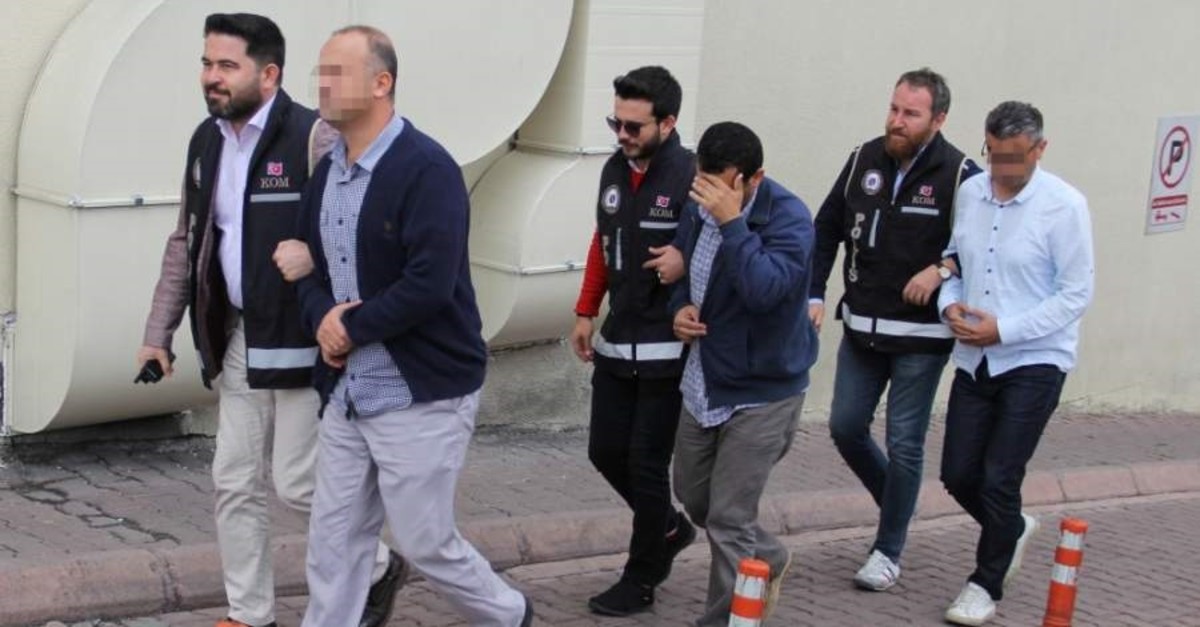 Police arrested 25 out of 60 wanted suspects in operations against the Gülenist Terror Group (FETÖ) on Tuesday.
Prosecutors in the central city of Konya had earlier issued arrest warrants for so-called “secret imams” of the group who were accused of acting as point men for the terrorist group’s military infiltrators. Operations were carried out in Konya and 26 other cities to capture the suspects. Suspects were identified based on testimonies of former soldiers who were arrested in other operations against FETÖ. Authorities say FETÖ handlers worked on different capacities to command the military infiltrators. Some solely gave advice to them on how to cover their tracks while others gave instructions from senior cadres of FETÖ. Operations were underway to capture 35 other suspects.
FETÖ planted its members everywhere, from the police to the judiciary, the army and bureaucracy for years, according to prosecutors. Disguising their ties to the group, followers managed to rise to the top ranks. They became generals in the army and senior police chiefs. Through its "imams," FETÖ monitored the infiltrators and gave them orders.
The terrorist group was behind the July 15, 2016 coup attempt that killed 251 people and injured nearly 2,200 others. Tens of thousands of people were detained or arrested following the coup attempt, and a barrage of trials were launched against FETÖ, both for its role in the attempt and other crimes.
In another case, a prosecutor asked for aggravated life imprisonment for six defendants who were accused of being infiltrators of FETÖ in the military judiciary. In a hearing in the capital Ankara yesterday, prosecutor Emin Yıldırım asked 25th High Criminal Court to hand down aggravated life imprisonment for defendants including Hayrettin Kaldırımcı and Muharrem Köse, former legal advisers for the Office of the Chief of General Staff on charges of “violation of the constitution,” a terrorism charge. He asked prison terms of up to 15 years for 13 other defendants on charges of FETÖ membership.
Last Update: Dec 20, 2019 1:11 am
RELATED TOPICS