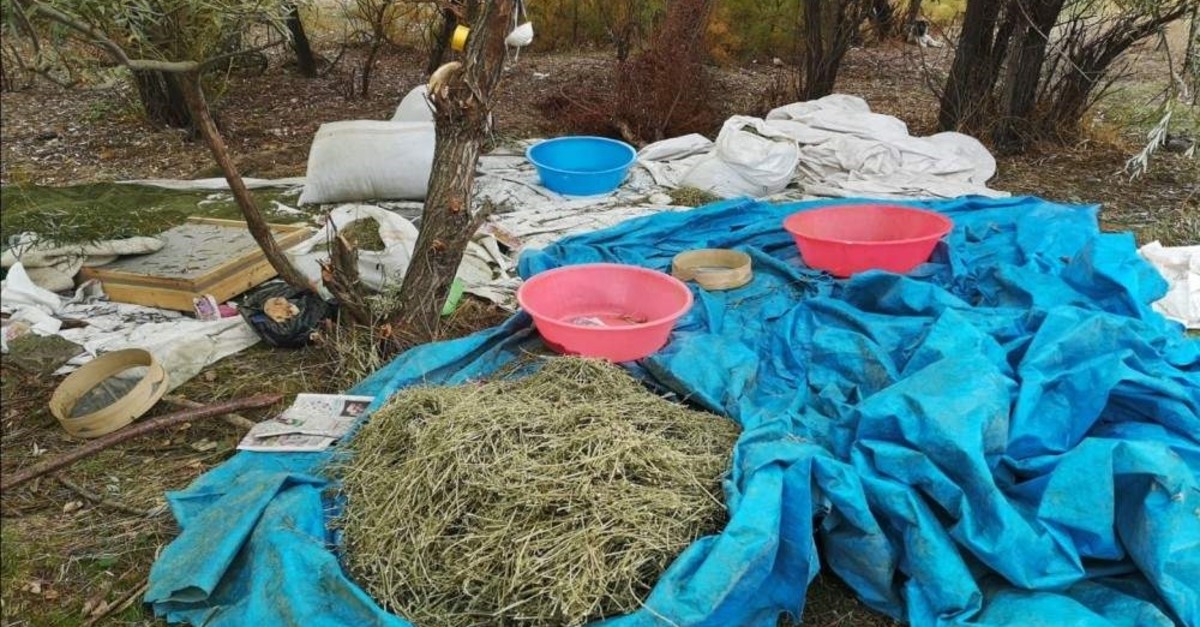 Five suspects at the scene in Silvan and Hani in the southeastern Diyarbakir province tried to flee but were detained by the provincial gendarmerie command, according to a statement from the governor's office. The drugs were found in a form ready for sale, hidden in the woods, bushes and rocky areas. In a search of the area, security forces also found barrels buried underground with weapons, ammunition, and explosive devices, as well as terrorist clothing, materials used to make shelters and a large number of food items.

The special operations – which started on Oct. 26 – have been successfully completed in the area, the statement said.

Separately, some 11 kg of heroin were seized at a cargo transfer center in eastern Van province, according to a statement from provincial police. During a search of the cargo transfer center, a sniffer dog found drugs which were hidden in a box. While one suspect in the seizure was remanded into custody after being referred to a local court, another was released on bail, the statement said.