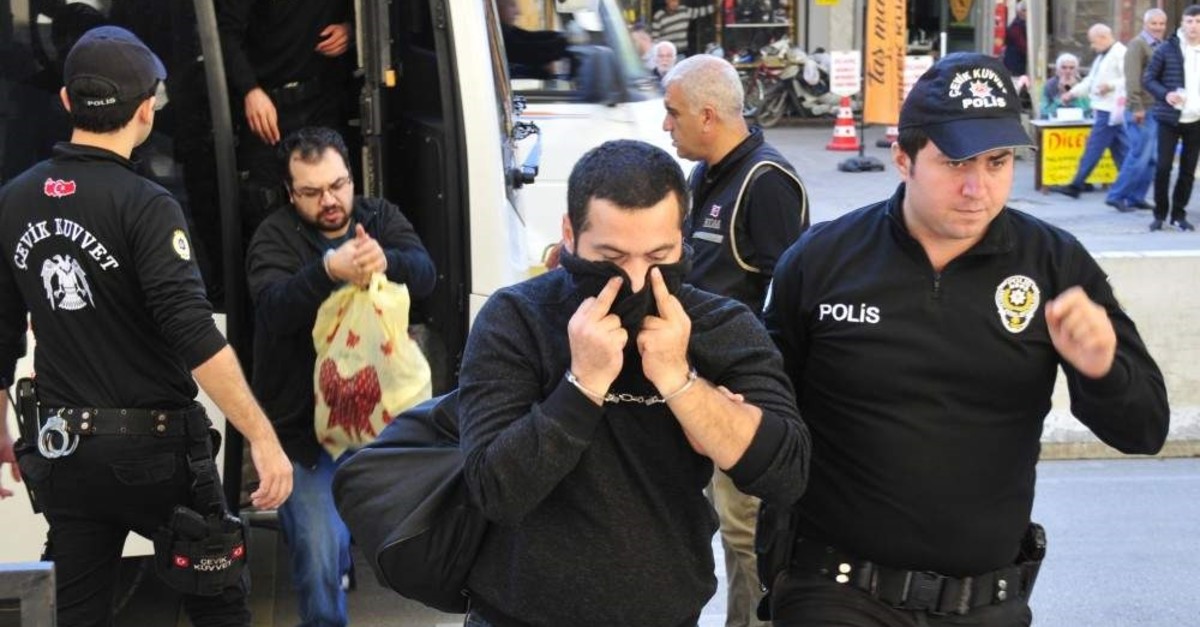 Prosecutors in the capital Ankara have sought arrest warrants for more than 106 suspects linked to the Gülenist Terror Group (FETÖ) who were captured Tuesday.

In separate investigations, authorities sought the arrests of suspected members of the group, which is implicated in the July 15, 2016 coup attempt.

In the biggest investigation, arrest warrants were issued for 94 suspects who were identified through their use of Bylock, an encrypted messaging app developed and exclusively used by FETÖ members.

Some 69 suspects also were detained in the operation that targeted the group’s “civilian network.” FETÖ is known for planting its infiltrators in the army, law enforcement and bureaucracy. The infiltrators were discovered to be handled by “civilian” members of the group, known as “imams.” ByLock was discovered during criminal inquiries into the terrorist group, whose criminal activities have been under the spotlight since two coup attempts in 2013. The National Intelligence Organization (MİT) uncovered the messaging app apparently programmed or modified for the exclusive use of the group's members.

According to recent media reports, police intelligence staff linked to the terrorist group were behind the app. The FETÖ-linked staff working in a powerful intelligence department of the Turkish National Police were the "architects" of the app, or rather modified it to serve the purposes of the group.

A group of intelligence officers is accused of controlling the private app used to deliver FETÖ leader Fetullah Gülen's messages to his followers, as well as to instruct the group's members on how to carry out plots against anti-Gülenists.

Another Ankara-based operation against suspected FETÖ members saw the arrest of 14 suspects. Earlier, prosecutors had issued arrest warrants for 20 suspects, including serving and former members of the state-run Scientific and Technological Research Council of Turkey (TÜBİTAK).

In a separate investigation, 11 suspects linked to FETÖ’s secret network in the Health Ministry were detained. Suspects were identified through their links to other members of the terrorist group and based on their secret contacts with them over payphones.

The operations also sought the arrest of FETÖ infiltrators in the army. Twelve out of 17 wanted suspects were detained in a separate investigation. All were military officers working for the Gendarme General Command, including eight active-duty officers.