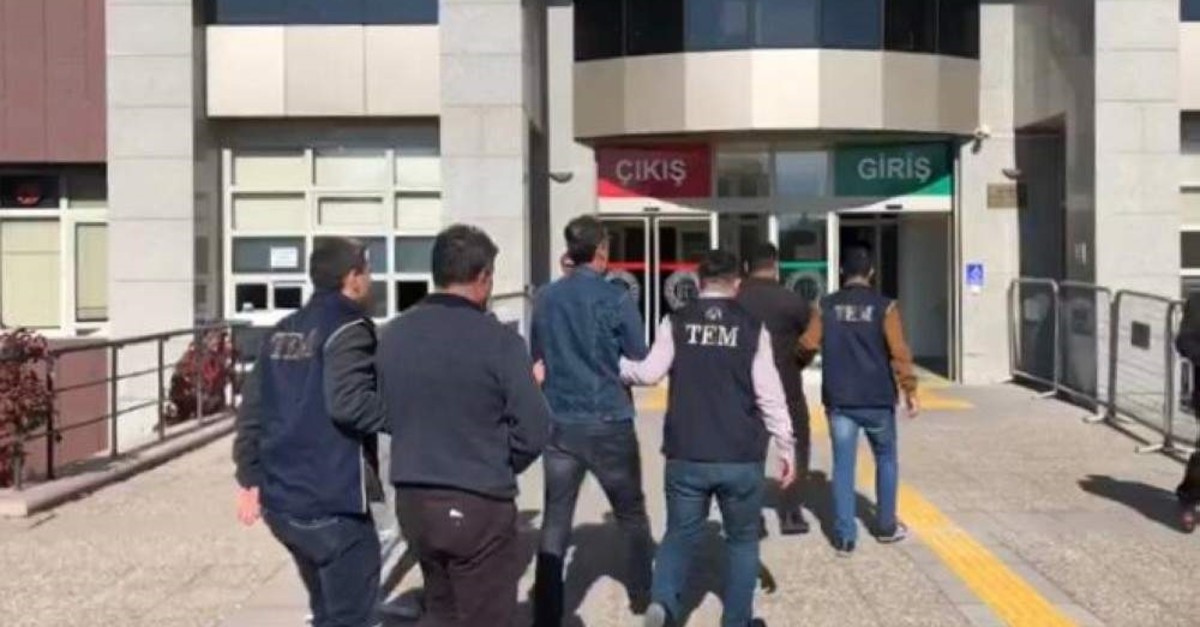 A total of 34 people were nabbed on Wednesday for their suspected links to the Gülenist Terror Group, which is behind the July 15, 2016 coup attempt. Prosecutors in the Aegean province of İzmir issued arrest warrants for 14 suspects on charges of using the terrorist group’s encrypted smartphone messaging app, ByLock, according to a statement from the prosecutor’s office.

Later on Wednesday, 19 out of 27 FETÖ suspects with arrest warrants were taken into custody as part of an anti-terror operation held in 10 provinces. The suspects are accused of being in contact through payphones with FETÖ-affiliated servicemen who used to serve in the army before their removal. Security units continued their search for the remaining eight suspects. Notably, 20 of the suspects were students in military school prior to their suspension.

Additionally, a total of six other FETÖ suspects, including those accused of using the ByLock application to keep in contact with the terror group, were nabbed following simultaneous operations held in Elazığ, Van and Istanbul provinces.

Also yesterday, a court in the southern province of Gaziantep handed down a prison sentence to a former judge in a FETÖ trial. Ali Rüştü Olgun, who was arrested following the coup attempt, was sentenced to six years and three months in prison. Olgun was convicted of membership of a terrorist organization. Prosecutors had accused him of attending the terrorist group's secret meetings and using ByLock, an app which is exclusively used by members of the group.

In Istanbul, a court handed down a prison sentence of seven years and six months for Osman Karakaya and Cihan Özkan, two FETÖ members who were captured in Kosovo and brought to Turkey. The suspects are convicted of membership of a terrorist organization while they were acquitted of international espionage charges.