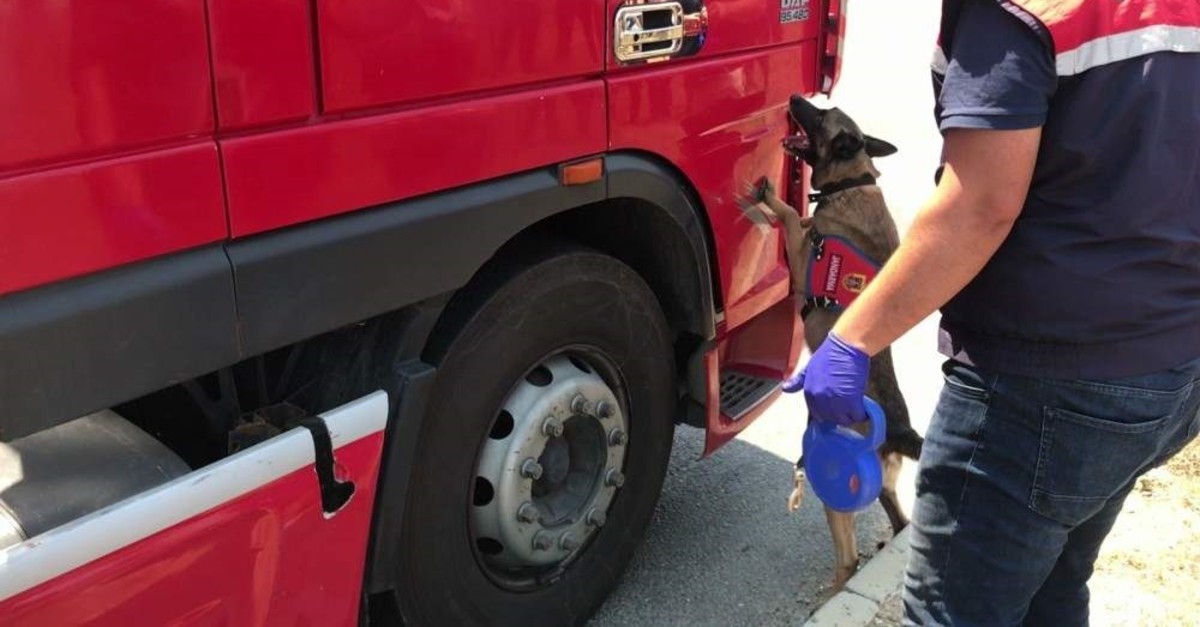 Turkish security forces confiscated 102 kilograms (224 pounds) of heroin smuggled from Iran, detained two suspects in an anti-smuggling operation in Istanbul.
The provincial gendarmerie units conducted the operation in Beylikdüzü district on the city’s European side upon receiving intelligence that two suspects were trying to smuggle narcotics from Iran to “special customers in Europe” through Turkey.
The security units found the drug substance stored in a hidden part of a vehicle, with the help of two sniffer dogs named Vadi and Avcı.
The heroin was found in 199 packages bearing different symbols, figures and seals. Preliminary investigations revealed that the smugglers were trying to deliver the narcotics to special customers in Europe.
Suspects identified by the initials E.N. and S.N. were detained in relation to the smuggling incident while investigations into the suspects’ local and foreign connections are ongoing.
Meanwhile, the anti-smuggling branch of the Adana Security Directorate raided a vehicle belonging to a couple in Seyhan district.
Police seized 15 kilograms of heroin and almost 3 kilograms of synthetic drug substances in the vehicle.
The couple identified as Vedat A. and Asiye A. were traveling with their baby when the police found the drugs in the vehicle.
Vedat A. was later arrested by a court while the Asiye A. was released on bail.
Turkey, a transit country for drug smugglers working between Asia and Europe, is looking to curb domestic drug use. The country has been fighting on multiple counternarcotics fronts.