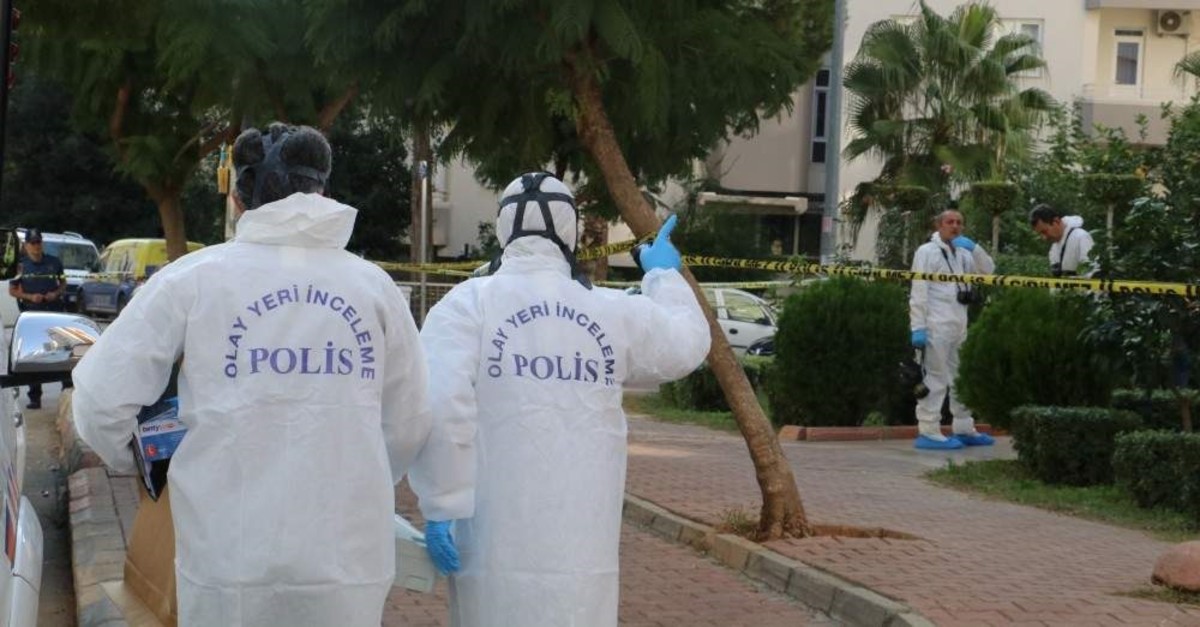 Crime scene investigation officers arrive in a building where a family of four found dead in their residence in Antalya, southern Turkey, Nov. 9, 2019. (IHA Photo)
by Daily Sabah with Agencies Nov 09, 2019 12:56 pm

Officials suspect that the family of four, found dead in their residence in southern Turkey's Antalya on Saturday, may have committed suicide by cyanide, days after a similar incident made headlines in the country.
The incident came to light after a relative visited late Friday the Şimşek family residence in Konyaaltı district after not hearing from them for a while. The relative returned after midnight and informed first responders and the police as no one answered the door again.

After receiving authorization from the prosecutor's office, police officers broke into the house and found the dead bodies of Selim Şimşek, 36, his wife Sultan Şimşek, 38, and their children Ceren Şimşek, 9 and Ali Çınar Şimşek, 5.

The initial examination showed that the family might have died from cyanide poisoning. Three police officers and three first responders were hospitalized from the odor upon entering the apartment, prompting an evacuation of the eight-story building where the residence is located.

Police units cordoned off the area around the building and called in crews from local crime scene investigation directorate, Disaster and Emergency Management Authority (AFAD).
A CBRN defense unit was also dispatched from the central Afyonkarahisar province to determine the reason for the poisoning.

The father, Selim Şimşek reportedly left a note describing the difficulties he was going through. He and his two children were found dead holding hands in the living room, while the mother was found dead in the bathroom, reports said.

The hospitalized police officers and first responders are in good condition and are being kept under observation.

Earlier Tuesday, four siblings aged 48 to 60 were found dead from cyanide poisoning in their apartment in Istanbul's Fatih district, with reports saying that they had financial and psychological problems and might have committed suicide.