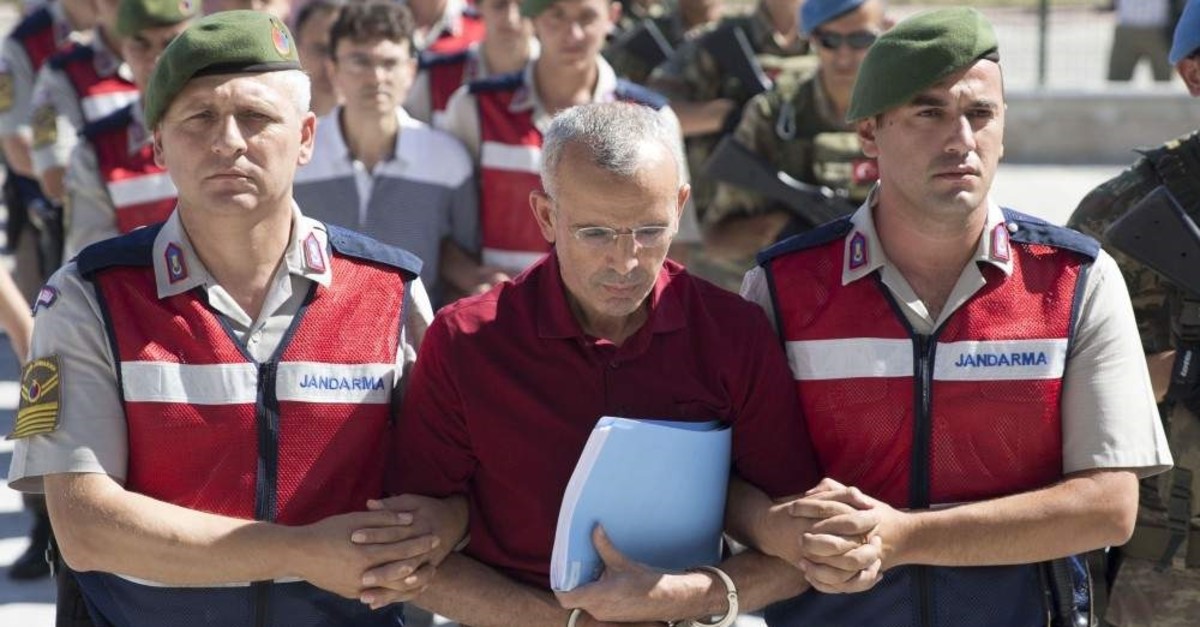 Only 19 trials remain without a verdict over terrorist group FETÖ's 2016 coup bid, but operations against the group that netted 35 suspects on Tuesday show it is still a threat to reckon with

Three years after a brutal coup attempt perpetrated by the Gülenist Terror Group (FETÖ), most of the trials for those involved in the putsch bid have concluded. Out of 289 trials, only 19 remains inconclusive and they are expected to be wrapped up soon.

The terrorist group, meanwhile, continues to prevail as a major threat, as the latest operations have shown. On Tuesday, 35 FETÖ suspects were captured in nationwide operations.

The terrorist group was indicted in multiple cases as the main culprit of the July 15, 2016 coup attempt. Putschists killed 251 people and injured nearly 2,200 others that day, in FETÖ’s third attempt to seize power since 2013. It was the first time a terrorist group with infiltrators in the army sought to overthrow the government of Turkey. It was also the first time the public was active in thwarting the attempt, at the cost of their lives.

Tens of thousands of people were detained or arrested during and after the state of emergency declared in the aftermath of the coup attempt. Officers from every rank, from sergeants to generals, were jailed and tried for their involvement in the putsch bid.

Some 1,511 others were handed more lenient sentences, from one year and two months to 20 years in prison. Data compiled by Anadolu Agency shows more than 100,000 investigations were launched nationwide against FETÖ and its coup attempt.

The terrorist group has been under the spotlight since December 2013. Employing its infiltrators in the judiciary and police, it sought to overthrow the government that month with two separate probes by FETÖ-linked prosecutors, aiming to ensnare government members in a sham corruption case.

The coup attempt was unique both during its duration and its aftermath. Putschists faced unprecedented resistance from the public, who, despite confronting them without weapons, managed to stop tanks and troops with their sheer will of refusing to leave the path of the putschists. After the attempt was thwarted, Turkey, for the first time acted swiftly to punish the perpetrators, as leaders of other coups managed to evade justice for years.

Still, some FETÖ infiltrators in the military and public sector remain undetected. Security forces launch operations almost on a daily basis against secret members of the group. In Tuesday’s nationwide operations, 35 suspects were apprehended. In the southeastern province of Mardin, prosecutors issued arrest warrants for 12 military personnel on charges of being members of a terrorist group’s secret military network. They were identified through their contacts with FETÖ’s civilian handlers by using payphones to avoid detection. Ten suspects were captured in the provinces of Mardin, Istanbul, İzmir, Ankara, Balıkesir, Sakarya, Bingöl, Kilis, Şırnak and Kahramanmaraş. Two suspects in the case, both non-commissioned officers, remain at large.

In the capital Ankara, prosecutors issued arrest warrants for 27 suspects in a case of fraud in a 2013 exam to select administrative court judges. Fourteen suspects were detained in operations in 19 provinces. FETÖ was indicted in a string of cases for exam fraud in the past. Other investigations have disclosed that the terrorist group supplied questions and answers to its members before the exams and thus, helped their infiltration everywhere, from the judiciary to law enforcement and military.

Also in Ankara, prosecutors issued arrest warrants for 16 suspects in an investigation into Bylock, an encrypted messaging app developed and exclusively used by FETÖ members. Eleven suspects were detained in operations against Bylock users whose secret messages were deciphered.