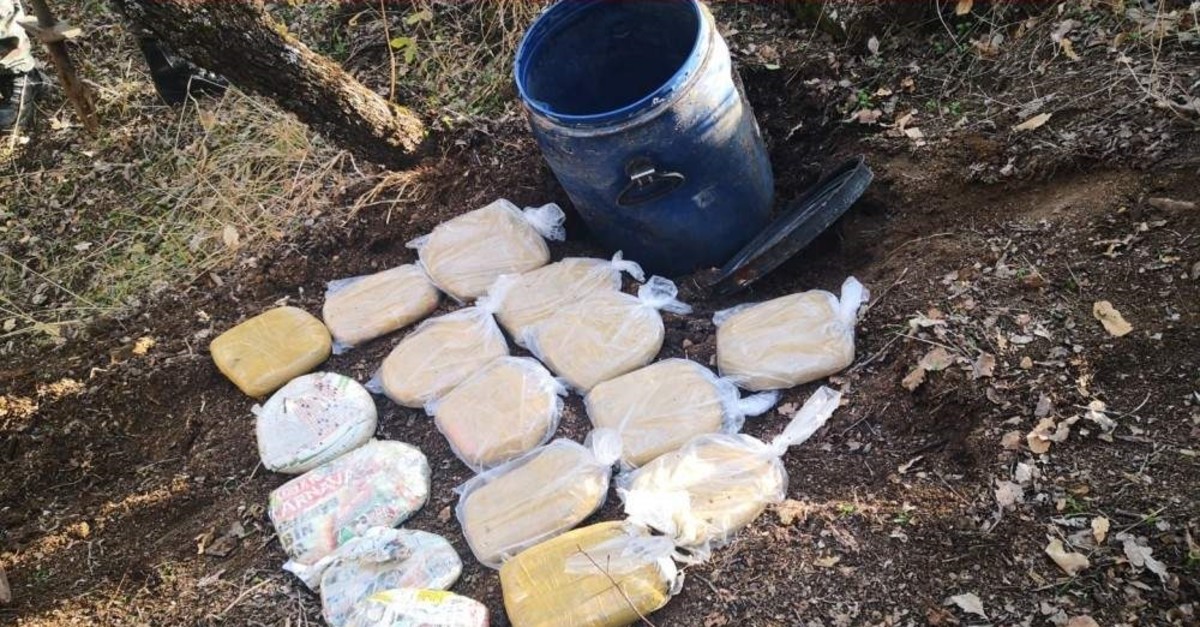 Security forces found dozens of packages containing marijuana during operations in Diyarbak?r's Lice, Nov. 15, 2019. (AA Photo)
by Daily Sabah with AA Nov 15, 2019 3:51 pm
Police forces on Friday seized over 5 tons of marijuana in anti-terror operations in southeastern Turkey, officials said.
Police in Diyarbakır province seized 5,038 kilograms of marijuana, 5,560 root cannabis as well as ammunition as part of Turkey's Operation Kıran, local authorities said in a statement.
Lice, a small district of of Diyarbakır with a population of 25,000, has a slow economy apart from agriculture and livestock breeding, but is known as a hub for PKK-controlled drug production.
The terrorist group is heavily involved in the drug trade, from the production of narcotics to their delivery, distribution and sales. This narcoterrorism operation brings in massive revenues for the PKK, particularly cannabis production in the southeast, where the PKK's activities are concentrated.
The PKK has financed its terrorist activities through the illegal drug trade since as early as the 1980s, with Interpol estimating up to 80% of the European illicit drug markets being supplied by PKK-controlled trafficking networks.
According to the Interior Ministry, the annual revenue from cannabis production and sales is around TL 500 million, and another $1.5 billion is raked in from drug trafficking.
Turkish authorities have been confiscating narcotics shipments owned or operated by the PKK since the 1980s.
Last Update: Dec 20, 2019 1:42 am
RELATED TOPICS