Court sentences 3 suspects to jail over US Embassy shooting 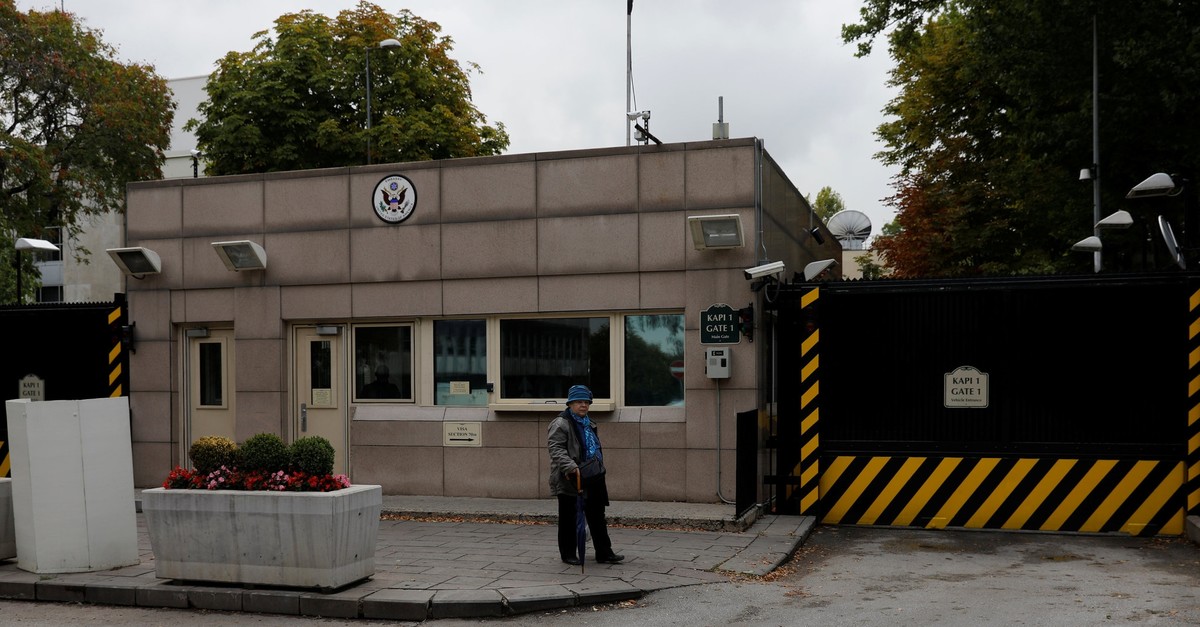 The U.S. Embassy in Ankara. (Reuters Photo)
by daily sabah
Nov 21, 2019 11:45 pm
A Turkish court sentenced three men to prison on Thursday for a drive-by shooting targeting the U.S. Embassy in Ankara last year.
Defendant Osman Gündaş was sentenced to prison for 10 years and 7 months for membership to an armed terrorist organization, actions aimed at sabotaging relations with a foreign country and possessing and unlicensed firearm. Ersin Bayram was handed down a nine year and four month term for same crimes.
The other defendant, Ahmet Çelikten received a three years and nine months sentence as he was acquitted from terror charges.
During his defense, Bayram admitted to being a former member of Gülenist Terror Group (FETÖ).
The other defendants claimed they acted under the influence of alcohol and denied ties to terrorist groups.
The U.S. Embassy was fired upon from a car on August 20, 2018, without any casualties. The embassy attack came at a time of crisis in the Turkish-U.S. relations over a detained pastor, who was later freed.
FETÖ, led by the U.S.-based Fetullah Gülen, orchestrated the failed July 15 coup attempt in 2016, during which 251 civilians were killed and some 2,200 others were injured. Ankara also accuses FETÖ of being behind a long-running campaign to overthrow the state through the infiltration of the police, military and judiciary.
Last Update: Dec 20, 2019 1:50 am