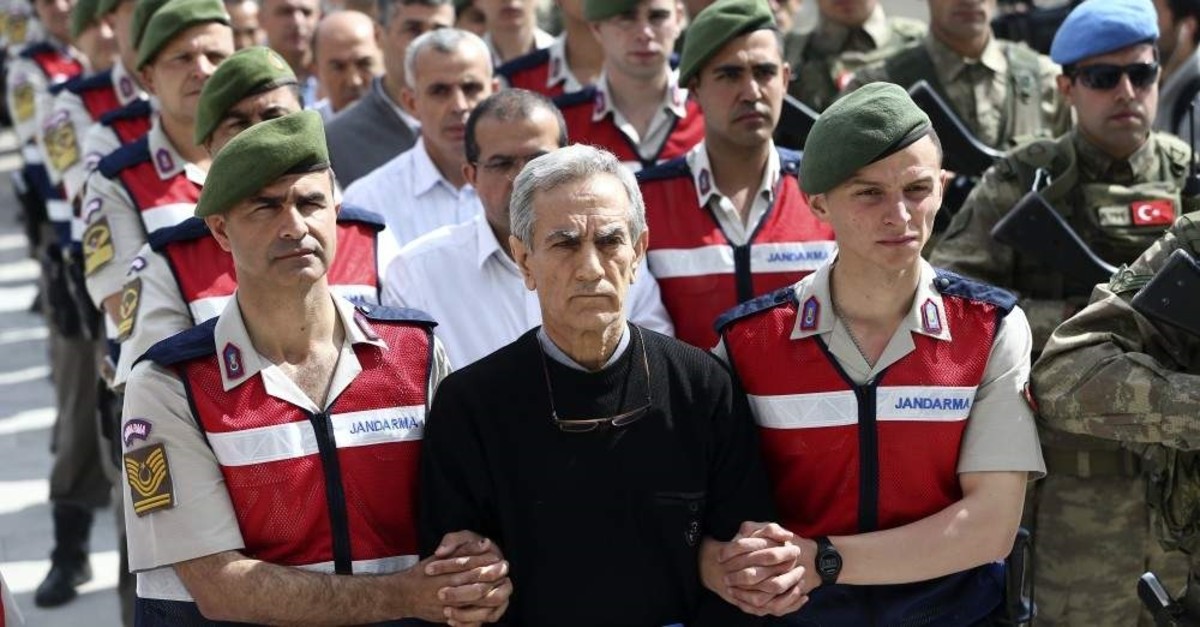 The Turkish judiciary ponders further prison terms for members of the Peace at Home Council, a gathering of putschists linked to the terrorist group FETÖ over the 2016 coup attempt as a new trial for 39 defendants began Monday

A new lawsuit against the top names behind the 2016 coup attempt may bring additional prison terms for those involved in the brutal bid. While some were already sentenced to aggravated life imprisonment, some are still awaiting verdicts in their trials.

The 17th High Criminal Court in the capital Ankara opened Monday the first hearing for 39 defendants over the July 15, 2016 coup attempt that killed 251 people and injured nearly 2,200 others. All defendants except two are members of the so-called Peace at Home Council, a group of putschists who commanded the attempt. All are tied to the Gülenist Terror Group (FETÖ), and the group’s leader Fetullah Gülen is the only nonmilitary defendant in the case.

The lawsuit is a “spin-off” from a larger case regarding the putsch bid. That case, which involved the actions of putschists at the army’s main headquarters in Ankara, saw life sentences handed down to 150 people and concluded last June. The court handling that case ordered a separate trial for 39 defendants over the killing of 108 people during the coup attempt.

The incarcerated defendants did not show up in the first hearing, though their lawyers were in attendance. The trial will likely last long due to a large number of plaintiffs, 2,830 in total. In Monday’s hearing, the judges ordered a new hearing for July 2020 to hear the detailed reports on accounts of plaintiffs and to await the arrest of fugitive defendants, including FETÖ leader Fetullah Gülen.

The 127 defendants were sentenced to aggravated life imprisonment, and 23 others were handed down life sentences on June 20, 2019, in a “çatı” (umbrella) trial, referring to the center of action in Ankara for putschists. Judges did not issue verdicts for the murders the defendants were directly responsible for and called for a separate trial as all the defendants also had trials for their actions in the nationwide coup attempt as well.

Among the defendants in the new trial are former generals, colonels and lieutenant colonels. The highest-ranking officer is Akın Öztürk, a former commander of the Turkish Air Forces who was convicted of leading the Peace at Home Council. Öztürk, who was also a former member of the Supreme Military Council, was responsible for the planned coup's military branch.

Öztürk was at Akıncı Air Base during the night of the coup attempt while then-Chief of General Staff Gen. Hulusi Akar was being held hostage at the base. Öztürk claimed he was in Akıncı to convince putschists to end the attempt. Öztürk's son-in-law, Hakan Karakuş, a fighter jet pilot, has also been jailed for joining the coup attempt with airstrikes targeting civilians. Another defendant is former Brig. Gen. Mehmet Partigöç, who served as head of the General Staff Personnel, Planning and Administration Department. It was his orders to military units across Turkey that alerted pro-coup troops everywhere that the coup was underway and urged them to join the attempt. The investigation of Partigöç found that he actively took part in meetings between July 6 and July 9 led by Adil Öksüz, a senior, fugitive FETÖ member accused of planning the coup attempt on behalf of Fetullah Gülen.

Another significant name in the case is Mehmet Dişli, the general who tried to convince Akar to join the putschists and ordered his abduction when the latter refused. The general, who was the head of the strategy department at army headquarters before the coup attempt, is accused of orchestrating the abduction of Hulusi Akar, who was released hours later when the coup bid was quelled. "Sir, the operation has begun. We will round up everyone. Brigades and battalions have been mobilized. You will see this soon," he told Akar.

Gülen is the prime suspect in all of the coup attempt trials. The former preacher gained a cult following over decades with his movement disguised as a religious organization. Gülen and his terrorist group’s infiltrators everywhere tried to seize power when the state started to crack down against FETÖ in the aftermath of the failed coup attempts in 2013. Gülen currently resides in Pennsylvania in the U.S. Turkey has repeatedly sought his extradition, to no avail.