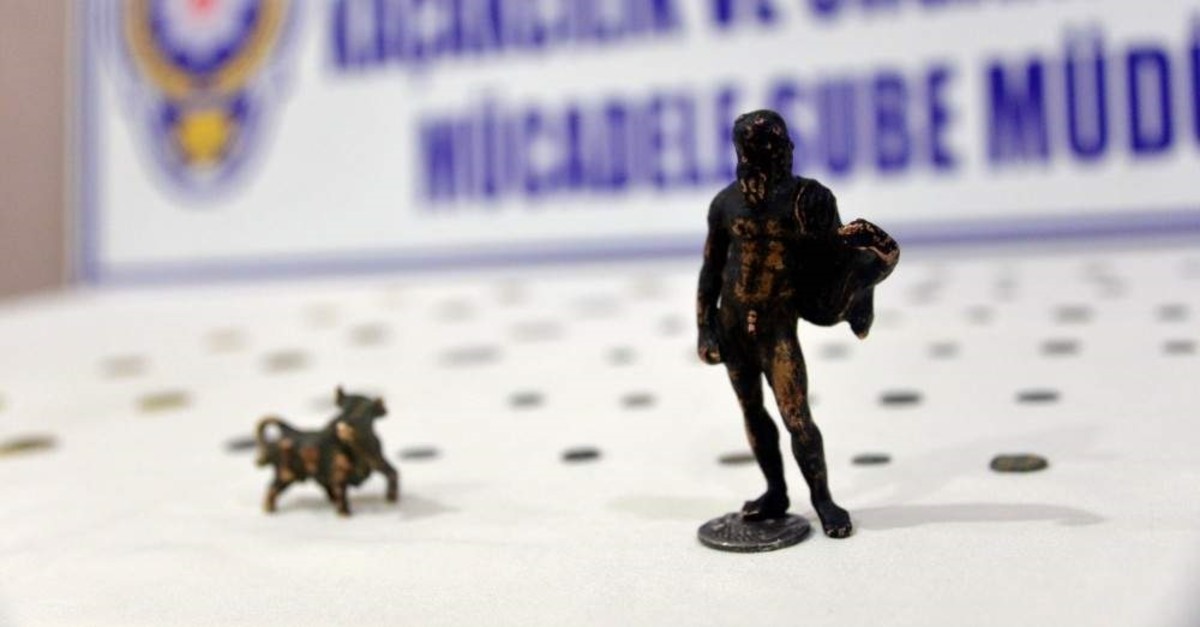 Police on Tuesday seized Hellenistic-era statues and coins in an operation carried out at a coffeehouse in Kahramanmaraş in southeastern Turkey.
The Anti-Smuggling and Organized Crime unit of the police learned that a suspect identified as M.K., who worked at the coffeehouse in Karacaoğlan neighborhood, was carrying out illegal excavations.
Police organized an operation on the coffeehouse, where they found 88 coins and two small statues hidden in a black bag in a trash bin under a table. The artifacts are believed to date back 2,300 years.
After being detained in the operation, M.K. revealed during interrogation the identities of two other suspects who aided in the illegal excavations. Police later detained these two suspects, identified as B.K. and V.D. The questioning of all three suspects continues.
The recovered historical artifacts will be delivered to the Kahramanmaraş Museum Directorate.