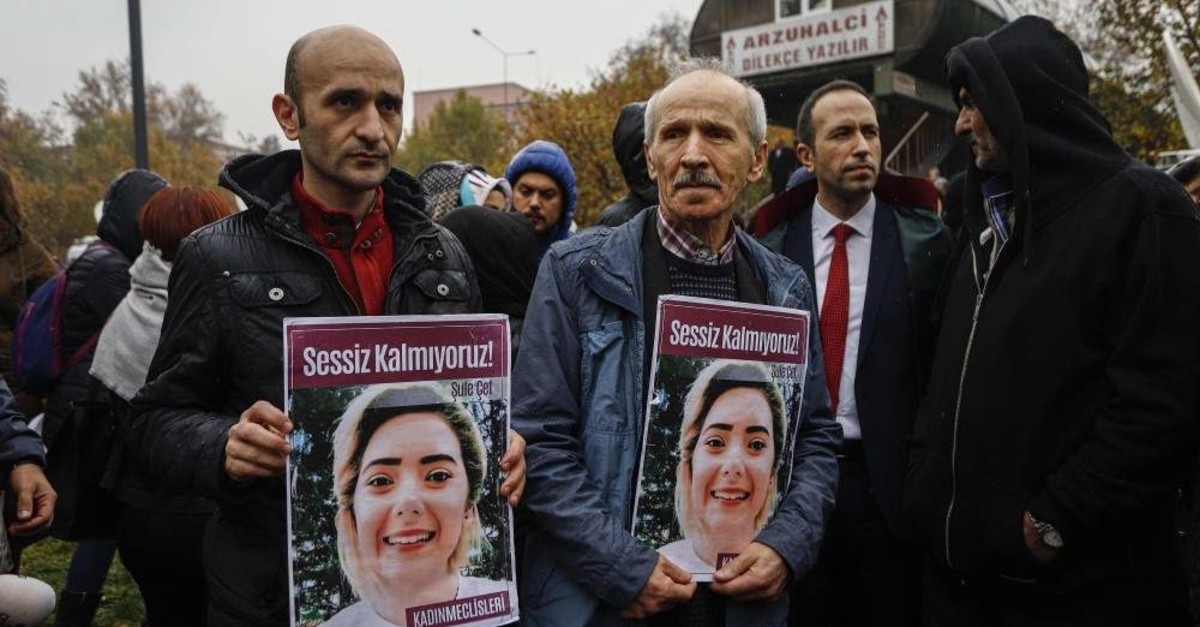 by Daily Sabah with Agencies Dec 04, 2019 7:50 pm
An Ankara court on Wednesday sentenced two men to jail for raping and murdering university student Şule Çet in a high-profile case that became a rallying cry in the campaign to end violence against women.
Çet’s employer Çağatay Aksu was sentenced to life in prison for first-degree murder and sexual assault. Aksu’s colleague Berk Akand was sentenced to 18 years and nine months for assisting in the crimes.
Çet, who was a student of Gazi University, fell to her death from Aksu's 20th-floor office in 2018. The 23-year-old’s case prompted public outcry after the two suspects were released following initial arrest.
The woman's family claimed she was thrown to her death, while media reports said she was likely thrown out of the window after refusing the sexual advances of her boss. The defendants denied the claims, saying Çet fell from the window on her own, pointing to suicide.
The case received widespread media attention after the defendants tried to blame the victim, sparking outrage across the nation and turning Çet into a symbol for all women who have been murdered in such circumstances, a thorny issue in Turkey.
Another recent case, the murder of Emine Bulut, who was brutally killed by her ex-husband in front of her daughter, was another high-profile case. An 8-second video clip of her last moments, in which she screams "I don't want to die," while her daughter begs her not to be killed is now etched into the public’s memory.
Domestic violence and the murder of women by husbands, partners and relatives has long been a thorn in Turkey's side, yet thanks to broader media coverage over recent years, the issue is now more visible than ever.
On Monday, another young woman, 20-year-old university student Ceren Özdemir, was murdered, this time stabbed to death in front of her home in the northeastern province of Ordu. On Wednesday a suspect was arrested by police, but his identity has not yet been revealed. Although police say motives behind the death remain unknown for now, the death of yet another woman has sparked public outrage.
Figures by the Interior Ministry show 124,521 cases of domestic violence and violence against women in the first 10 months of 2019, a rate 19.1% lower than the previous year. According to the figures, there have been at least 299 murders of women this year so far – already up from 280, in 2018.
Last Update: Dec 20, 2019 2:08 am
RELATED TOPICS